Nick de Bois MP, who spoke at the meeting 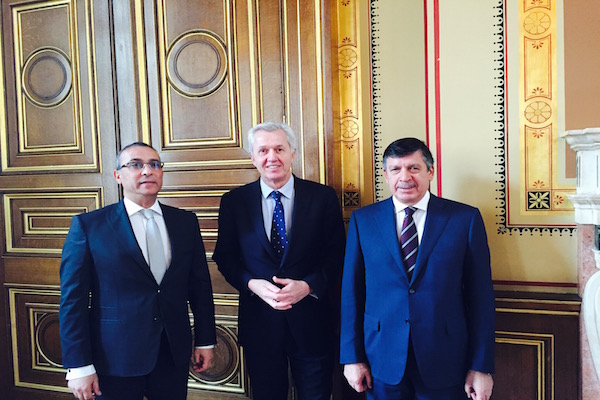 Nick de Bois, MP for Enfield North, attended and spoke at the Cyprus Chambers of Commerce Seminar held at the Foreign and Commonwealth Office today (2 March 2015). Hosted by Foreign Minister David Lidington MP, this was the first time that representatives from both communities in Cyprus attended and spoke at the Foreign Office. Mr Phidias Pilides, President of the Cyprus Chamber of Commerce and Industry, joined Mr Fikri Toros, President of the Turkish Cypriot Chamber of Commerce, to present the voice of Cypriot business and the bi-communal support for a settlement.

The two presidents set out how a settlement would improve economic prosperity for the whole island through the creation of investment in jobs, industry and infrastructure. Both representatives referred to the EURO 12 billion economic benefit estimated by the PRIO 2014 study.

Nick de Bois MP, who spoke at the meeting, said: