EU, whereas in the early hours of Friday, 31 May 2013 the Turkish police used excessive violence in an effort to disperse a group of demonstrators, who had been protesting for weeks against the planned felling of trees for a new construction project in Is 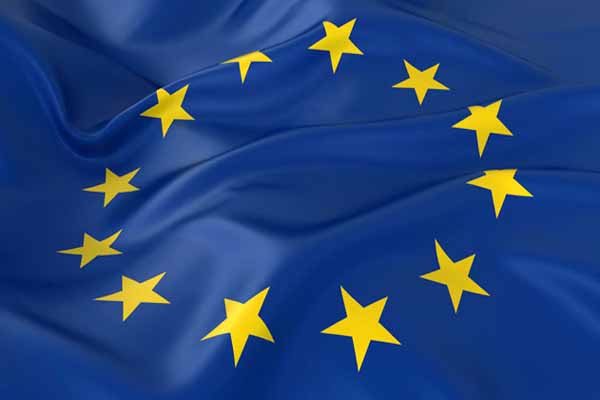 on behalf of the PPE Group

JOINT MOTION FOR A RESOLUTION

Hélène Flautre, Franziska Keller on behalf of the Verts/ALE Group

Niki Tzavela, Fiorello Provera on behalf of the EFD Group

European Parliament resolution on the situation in Turkey (2013/2664(RSP))

– having regard to its previous resolutions, in particular that of 18 April 2013 on Turkey’s 2012 progress report1,

– having regard to the Charter of Fundamental Rights of the European Union,

– having regard to the Negotiating Framework for Turkey of 3 October 2005,

A. whereas in the early hours of Friday, 31 May 2013 the Turkish police used excessive violence in an effort to disperse a group of demonstrators, who had been protesting for weeks against the planned felling of trees for a new construction project in Istanbul’s Gezi Park in the Taksim Square area;

B. whereastheheavy-handedpoliceinterventionledtoclasheswiththeprotesters,which quickly spread to other cities in Turkey, and whereas these clashes led to four deaths and over a thousand wounded, mass arrests and severe damage to private and public property; whereas tear-gas was used extensively, with canisters being fired directly at protesters, causing serious injuries;

C. whereasthedemonstrationshavegainedsupportamongdifferentstrataofTurkishsociety; whereas men and women participated in equal measure in the demonstrations;

D. whereas the harsh condemnation by the Turkish Government seems to have been counter-productive;

F. whereastheprotestsarealsolinkedtoconcernsinsomesectorsofTurkishsocietyovera series of recent decisions and legislative acts on issues such as restrictions on the sale of alcohol and educational reforms;

G. whereas the protesters are increasingly voicing concerns over a perceived lack of representation of minority voices, authoritarian governance and lack of the rule of law and of good governance, and of fair trial and due process in Turkey;

H. whereas the mainstream Turkish media remained silent regarding the demonstrations, and Twitter users have been arrested;

I. whereas Commissioner Füle and HR/VP Catherine Ashton have reacted to these events;

J. whereas freedom of assembly, freedom of expression (including through social media both online and offline) and freedom of the press are fundamental principles of the EU;

1. Expresses its sincere condolences to the families of the protesters and of the police officer who lost their lives, and wishes the numerous wounded a rapid recovery;

2. Expresses its deep concern at the disproportionate and excessive use of force by the Turkish police in its response to the peaceful and legitimate protests in Istanbul’s Gezi Park, and calls on the Turkish authorities to thoroughly investigate the police violence, to bring those responsible to justice and to offer compensation to the victims; warns the Turkish Government against taking harsh measures against the peaceful protesters, and urges the Prime Minister to take a unifying and conciliatory position so as to avoid any further escalation;

3. Calls on the Turkish authorities to guarantee and respect the rights of all citizens to freedom of expression, peaceful assembly and peaceful protest; calls for the immediate release of all peaceful protestors taken into custody and currently detained; asks for information on the exact numbers of detainees and injured;

5. Welcomes the moderate response by President Gül and the apologies to the injured protesters expressed by Deputy Prime Minister Arinç, as well as their dialogue with the Taksim platform and political opposition figures to defuse tensions; underlines the importance of dialogue between the Turkish Government and peaceful protesters;

6. Reminds Turkey that in an inclusive, pluralist democracy all citizens should feel represented and that the majority has a responsibility to include the opposition and civil society in the decision-making process; also reminds the opposition parties of their responsibility to do their part to create a democratic political culture with respect for diverse views and opinions;

8. Points to the crucial role of a system of checks and balances in the governance of a modern democratic state, which should be reflected in the ongoing constitutional process, and which must be based on the principle of separation of powers, with balance between the executive, legislative and judicial functions, on respect for human rights and fundamental freedoms – in particular freedom of expression and freedom of the press – and on a participatory political culture that truly reflects the plurality of a democratic society; believes that, in itself, the organisation of peaceful and legitimate protests testifies to the vibrancy of Turkish civil society; reminds Turkey of the importance of continuing efforts to further improve its democratic institutions, the rule of law and the observance of fundamental freedoms;

9. Stresses the need for continued intensive training of the police force and the judiciary both in their formal education and during their active careers concerning the implementation of the Istanbul Protocol (a set of international guidelines against torture and ill-treatment) and also on the primacy of individual rights and liberties;

10. Calls on local and national authorities in Turkey to launch public consultations for all urban and regional development plans; recalls the need to balance economic growth with social, environmental, cultural and historical factors; calls for all relevant projects in Turkey to undergo environmental impact assessment, without exception;

11. Observes that the unprecedented wave of protests also reflects growing dissatisfaction in parts of the Turkish population concerning lifestyle regulation; reiterates that in a democratic polity governments must promote tolerance and ensure freedom of religion and belief for all citizens; calls on the government to respect the plurality and richness of Turkish society and to protect secular lifestyles;

13. Is concerned about the deterioration in freedom of the press and about certain acts of censorship and growing self-censorship within the Turkish media, including on the internet; calls on the Turkish Government to uphold the principle of press freedom; stresses that an independent press is crucial to a democratic society, and points in this context to the essential role of the judiciary in protecting and enhancing press freedom, thereby guaranteeing public space for free and inclusive debate; is concerned at the large number of journalists in prison and the numerous ongoing trials of journalists; calls for the release of social media activists;

14. Reiterates its concern at the fact that most media are owned by, and concentrated in, large conglomerates with a wide range of business interests; reiterates its call for the adoption of a new media law addressing, inter alia, the issues of independence, ownership and administrative control;