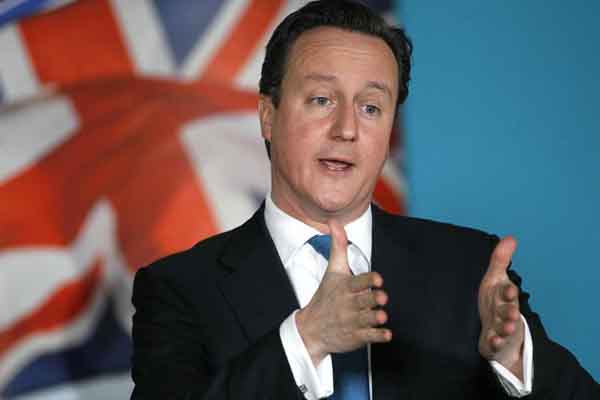 Responding to Barroso's criticism in a European Parliament debate on Wednesday, Cameron said the president had "got it wrong" and should avoid lecturing his centre-right party. In an unusual foray into national politics, Barroso had said the Conservatives increasingly resembled the UK Independence Party (UKIP), a small but rising force in Britain that campaigns to leave the EU and wants tighter immigration controls.

Barroso had also said UKIP would become the country's "first force" - going to the heart of one of the biggest problems facing Cameron before European parliament elections next year and a national vote in 2015.

UKIP has no seats in the British parliament but took almost one in every four votes cast in local council elections in May. Polls suggest it could also become the biggest British party in the European Parliament, in what would a huge embarrassment for all main movements.

Cameron is trying to counter UKIP's appeal and placate rebellious Conservative eurosceptics, while seeking to persuade the wider electorate that it is in Britain's national interest to stay inside a reformed European Union.

"The Barroso thing did annoy me because frankly his job is to serve the members of the European Union," Cameron told LBC Radio. "He got it wrong and I'll tell him that.

"The British Conservatives in the European Parliament are an important party. They are the governing party of the United Kingdom and he should be respecting their views rather than trying to lecture them," Cameron added.

In a move seen as a response to the UKIP threat and unrest among Conservative eurosceptics, Cameron promised in January to win back powers from the EU and then hold a referendum by the end of 2017 on whether Britain should remain a member.

His pledge raised the prospect of Britain leaving the bloc 40 years after joining it. European allies said they would not allow Britain to pick which powers it wants to repatriate, as if choosing from an a la carte menu.

Britain's eurosceptics say the EU has grown too powerful, bureaucratic and interfering. They want Britain to have a new relationship with Europe based on trade or even quit altogether.