Sakir has raised money from local groups and supporters, including the local Muslim community. But there is still a shortfall of several thousand Euros and he is appealing for last-minute donations. 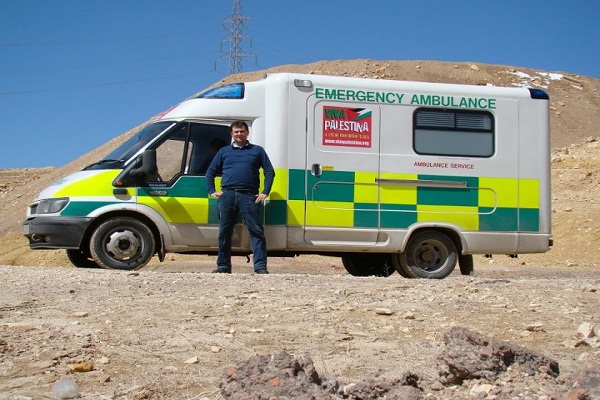 Bristol man, Sakir Yildirim, is leaving on a new mercy mission, this time to war-ravaged Syria. Sakir, who is well known for his previous humanitarian projects, decided to help after seeing scenes of devastation and suffering on television.

He departs by plane on Monday (24th September 2012) and flies to Germany where he has arranged the purchase a suitable left-hand drive ambulance. He will set off from there and drive on his own over-land through the former-Yugoslavia, through Turkey and to the Syrian border. Along the route he aims to load the ambulance with medical, as he puts it “a one-man aid convoy”

Sakir says “Just like everyone, I’ve been seeing on the television and on the internet what’s been happening in Syria. The death and destruction really upsets me. I’m leaving the politics out of it. I just care about the ordinary people and I’m setting out to do what I can myself. I saw some pictures of a sort of home-made ambulance collecting injured people and I thought if I could take them just one decent ambulance then that would help someone. People ask me about the danger. But I’ve been to Gaza twice, I was on the Mavi Marmara being shot at by Israeli commandoes, and I’ve been to the earthquake zone in Turkey. Yes there is danger of course, but the media scares people off from trying to help. When you make contact with ordinary people there’s a bond of friendship which helps us all.”

Sakir is still working on the best plan for handing over the ambulance. He plans to liaise with the Turkish humanitarian aid organisation IHH. He has worked with IHH before on the Gaza convoys they are already working on medical and relief projects across the Syrian border.

Sakir has raised money from local groups and supporters, including the local Muslim community. But there is still a shortfall of several thousand Euros and he is appealing for last-minute donations.

Sakir supports himself, wife, and three children from a modest kebab business in Fishponds. He is well known in Bristol for his personal humanitarian aid work. Following the attack on Gaza in the winter of 2008/2009 Sakir bought an ambulance on eBay and drove it to Gaza and donated it to a local hospital. Less than a year later he was at the wheel of a giant articulated lorry heading a convoy from Bristol with locally collected aid for the people of Gaza. In May 2010, Sakir and another Bristol man were onboard the Turkish aid ship, Mavi Marmara; as the ship was nearing Gaza they came within inches of death when the ship was attacked by Israeli commandoes. In autumn 2011 he volunteered for the charity group IHH to distribute aid following an earthquake in Turkey.