'Because your eyes are open, you imagine that you see.'

The article written by Minister for EU Affairs and Chief Negotiator H.E. Egemen Bagis titled “The Ruling on Circumcision is a Mistake that should be Immediately Remedied”.The original text published on Süddeutsche Zeitung web-site 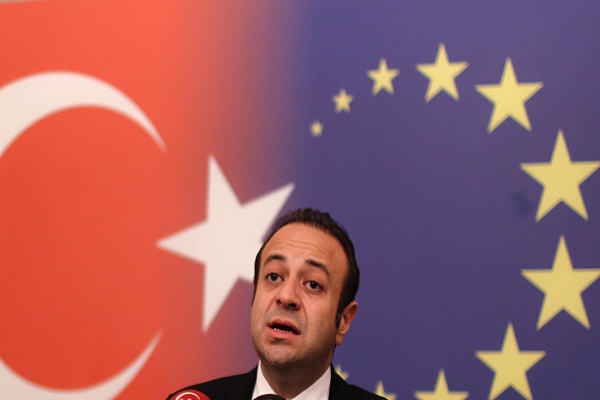 Turkey is astonished to see that it is no longer possible in Germany  “to fulfil, with no disturbance to anyone else, religious requirements” unconditionally and without restrictions. The sincerity regarding implementation of religious freedom has been questionable since the ruling of the Higher Regional Court of Cologne to criminalise circumcision as injury in June.

The ruling of the Court clearly cannot be considered to be an error of interpretation. The ruling has raised questions regarding the commitment of the Federal Republic of Germany to fundamental rights and freedoms.

The ruling of a court in Germany to criminalise as injury and therefore prohibit circumcision is an explicit violation of the one of the areas of the fundamental rights and freedoms of Muslims and Jews in Germany. This is a matter of freedom of conscience. The boundaries of faith should not be drawn by courts. This ruling is completely in contradiction with the freedom to practice religion guaranteed by law.

Criminalising circumcision as injury is an indicator of a lack of knowledge of culture and history. Circumcision is an integral practice of Islam as well as Judaism, and is not negotiable for either Muslims or Jews. There is a reason why Rabbis in Europe consider this ruling to be “the most serious incursion on the lifestyle of Jews since the Holocaust”.

On the day of the ruling, I met with leaders in Berlin, including my dear friend Westerwell, the German Minister of Foreign Affairs. I stated to him that I was extremely critical of the ruling of the Higher Regional Court of Cologne. He assured me that our sensitivity on the issue was shared and that the matter would be handled in a delicate manner.

Furthermore, Chancellor Merkel has pointed out that Germany would be placing itself in a ridiculous position by prohibiting circumcision and has emphasized in her statement that “She did not wish Germany to be the only country in the world where Jews could not practice their traditions.” The Chancellor is right on this issue.

However, I would have expected Chancellor Merkel to include the five million Muslim citizens of Germany in her views and sentiments. After all, circumcision is one of the requirements of Islam as well. Moreover, this kind of a message of solidarity coming from the Chancellor would have been a significant sign against the increasing hostility towards Islam in the European continent.

In this context, I question the impartiality of the judges who have criminalised circumcision as injury. If the intent of the judges had been to protect the bodily integrity and religious freedom of children, then baptism, which is one of the requirements of Christianity, should have also been included in this ruling on the grounds of the risk of drowning. The ruling of the Higher Regional Court of Cologne is an indicator of how challenged many European countries are by the increasing cultural and religious diversity in their societies.

A court ruling of this kind will only strengthen the hand of Islamophobia and anti-Semitism. Unreasonable court decisions should not serve to encourage increasing social intolerance. For this reason, I invite the officials to be more sensitive on cultural and religious matters.

The key role of Germany in the debt crisis is known and appreciated by the whole world. However, this role model should not be limited only to financial crises, but should also be extended to the areas of religious and cultural tolerance. In fact, Germany should take the lead in this matter because of its more recent history. The ruling of the Higher Regional Court of Cologne will not contribute to this.

Goethe, the well-known name of German literature and thought asks “Because your eyes are open, you imagine that you see.” Mevlana, the great sufi thinker of Turkey also says: “Place the tips of your two fingers on your eyes. Can you see anything of this world? Not seeing it does not mean that this creation does not exist.”

These well-known figures of our civilisations had warned us centuries ago about those who turn a blind eye to problems rather than confronting them. We once again remind everyone of these admonitions regarding those who exploit Islamophobia for politics and separatist views. Turkey and Germany have the vision and cooperation to transform this warning together into common action. The nearly five million Muslims living in Germany offer an important opportunity in this context. The German officials’ approach that sees Muslims as an integral part of German society is no doubt welcomed. However, the demands of the Muslim and Turkish population suggest that there are still problems that need to be resolved. Unfortunately, the ruling of the Higher Regional Court of Cologne prohibiting circumcision has made it more difficult for the German officials in this respect.

There needs to be fundamental rules in Germany, as in all states under the rule of law, to maintain law and order; however, religious freedom should not be determined by court rulings. This ruling also underlines the need to remember and take into account the conclusions of the Islam Conference convened for the first time by Wolfgang Schäube, who was the Federal Minister of Interior at the time. Germany and Minister Schäube had sent a clear message to all European countries through this Islam Conference convened in Germany. This message was saying that Islam and Muslims had become one of the permanent and important parts of Europe. It is saddening to see that this message has begun to be forgotten.

Respect and understanding are requirements of tolerance for minorities. The ruling of the Higher Regional Court of Cologne, which appears to have been taken without any knowledge of Islam and its rules, is devoid of these valuable qualities. Hopefully, this mistake will not be a part of German case law.