A Letter from Tuncay Özkan

I am in prison for 4 years now; what else would I do if there were no Ergenekon? 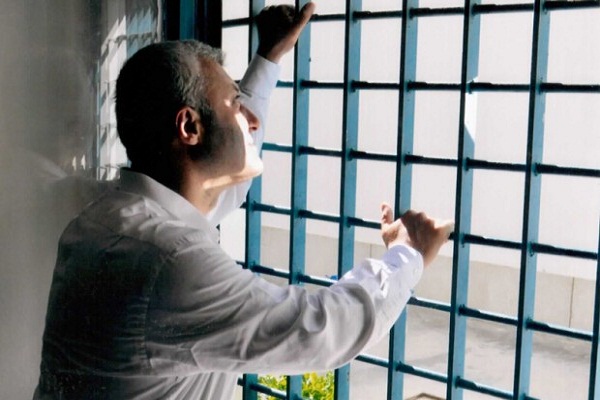 Police at my door. September 23, 2008. I said “What is wrong?” They answered, “We will make a search.” “Do you have a search warrant?” I asked. They said “Yes,” and showed it to me. I asked, “What is my guilt?” There was a policewoman. She would almost fly at me. She could barely hold herself. She snapped before her chief.

She pursed, she strained and said: “Ergenekonning!…”

My! Now we all know there is no such crime. But we also know what it is when they say “Ergenekon”. We are as sharp as a needle. For 5 years now, I’ve been looking for this organization: “Ergenekon Terror Organization” which gives Ergenekoning its name. This one is the only one on earth. Almost two thousand people have been questioned about this organization since 2007. Aged from 17 to 80, there were dignitaries and idlers among them. The police questioned these two thousand suspects: “Ergenekon Terror Organization?” There was a single answer: “I know no such organization.”

A columnist of daily Taraf newspaper had said: “This is such an organization that even its members don’t know they are members of it.” All right, then who knows? Please do not smile mischievously. “This is the most secret organization on earth!”

I could finally testify at the court after 22 months. I asked the judges and prosecutors at Silivri Court, “Tell me my crime and I’ll defend myself because as I’ve stated in my petition, it doesn’t write in the accusation either!”

The judges of the Silivri Court said: “Speak Mr. Prosecutor.”

And the prosecutor said: “Your Honour, the defendant knows his guilt better…” in the end.

When the court insisted, he asked for more time to answer it.

They know me (you know me), I’m a little bit stubborn and insistent. As a result of my insistence, the prosecution finally said: “Because it would be insinuation of opinion (expression of opinion of the court), best is not telling the defendant what his crime is…”

Where is this organization? What does it eat? What does it drink? Who is the leader? Who are the administrators? If you know, rally to the prosecutor, because it has been debunked. There is an accusation of ten thousand pages, there are more than one million additional documents and they do not write these things! Even the ones who said, “We want to be confessors,” and became secret witnesses -not to stay in prison-, say “We don’t know the organization but as far as we’ve heard…”

I know what I did: Republican Meetings? I organized them. I am here. Tell me, where is the guilt? Why do not you ask me that? I am an opponent, why do not you ask? Why do not you ask me the claims in the indictment? I was there at the Republican Meetings. They all took place with the participation of NGOs. 1.5 million people gathered at Tandoğan, Ankara meeting in April 14, 2007;  30 thousand gathered at Burhaniye meeting in April 28; 3.5 million gathered at Çağlayan, İstanbul meeting in April 29. There were 2 million people at Gündoğdu Square in İzmir and no one created a scene during any of these meetings. The catchword of these meetings was “Neither sharia nor coup, a fully independent democratic Turkey.”

I was arrested because I did my job without making concessions and because I used my right to think freely and to object. I am being kept in prison by the prosecutors who answer my question “What is my crime?” by saying “You know what you did” and by judges who have turned my custody into a punishment since September 23, 2008. They want to frustrate, restrain and destroy me. I am being kept in isolation for 442 days without a reason.

I wrote about the allegations of corruption against the Prime Minister Erdoğan at İstanbul Municipality in 2000 and made a news story depending on the inspector reports that said he (PM) had 1 billion dollars.[1] The Prime Minister said; the ones who had claimed that he had 1 billion dollars are being kept at Silivri prison.  I stand against those who want to erase the reality. I am against ignorance. I am against those who put freedom of expression in prison and silence it. Ergenekon or KCK, the name of the case makes no difference: I’m against bigotry. I’m looking for justice.

I fought against the corruptions and gangs supported by mafia or the state. I documented the first unidentified murders and that they were state supported. I uncovered the documents which enabled the Susurluk gang to be punished and the identity of Mahmut Yıldırım, aka Yeşil.  I wrote 14 books and told about these things almost in all of them.

When I was 16, I was a journalist at Rüzgarlı Street. That is the name of the street where the newspapers were in Ankara. We used to do every -from moulding to writing the recipe of the day- job at a small newspaper there. The newspapers were out in the afternoon. Paper boys used to sell them shouting: “Extra! Extra! Read all about it!”  When the accusation was out, I felt an urge to shout as; “Extra! Extra! Read all about it! It writes how Tuncay Özkan was going to take control of CHP!” but I thought it was better to shut up. I shut up exactly for 22 months. Later while I was testifying in court, I waited for just one question about the incident that covers three forth of my accusation. They did not ask. Neither the prosecutors nor the judges. I asked; “Why do not you ask about it?” They said nothing. According to the accusation, I was trying to take control of CHP. I had been to the General Assembly. I was applauded. I answered my own questions: “Yes, I had been there, as a journalist.” I broadcasted live from there for three days. This is the document taken from the department about CHP of Supreme Court of Appeals Prosecutor’s Office. And this one’s taken from CHP Headquarters. I had never been a member of CHP. The accusation writes that I was going to be the chairman of CHP. Here is the constitution of CHP. I will hand it you. If you are not a member of CHP, you cannot even be a janitor there. Parties have to inform the Supreme Court of Appeals Prosecutor’s Office about each new member. It writes so in political parties law. Otherwise the party would be closed. So far the prosecutors did not ask the Court of Appeals. Here are the documents; I’m not a member of CHP. That is why I cannot take control of CHP. Besides, why does the prosecution fear from my presence and making politics in CHP? The constitution gives me that right. I announce an official complaint about the prosecution that charges me with this constitutional right.

Why did I write all these? It’s been four years. I wanted you to remember. I am Tuncay Özkan. I answered the claims, giving the reasons why I had the Susurluk Report and reports of National Security Council -oldest report dates back to 1986- in my archive. Now, for all these reasons I’m a T-E-R-R-O-R-I-S-T. Let’s go far; I am an E-R-G-E-N-E-K-O-N-E-R. My archive, my documents as a journalist are all considered to be criminal activities. Yes, I always committed the crime of being a journalist. And I will continue doing so.

I am in the same organization with İbrahim Şahin who was sentenced to 6 years because of the documents I had presented to the public![2] Şahin said, “I know no such organization,” and added “but Tuncay Özkan is my lifelong enemy.”

And I am guilty because Susurluk Report was in my archive? The courtroom is really colourful. We are all thrown in the same pot, to cook with lies and become a messy dish.

According to the governing party, I’m not a journalist. Nonsense will never make sense.

Yes, I had never been a governing party journalist. When the day comes, we will come together with the ones who said that and throw down the gauntlet. We will talk and understand each other.

Now my only problem is, finding this orphan Ergenekon organization. Don’t smile mischievously. You have to help, too. We are seriously in search of it. The state stopped all other activities just to find it. Come on, do not waste time, ask about it. For the sake of humanity; those who know of this Ergenekon terror organization should…

Oh no, do not laugh! I am in prison for 4 years now; what else would I do if there were no Ergenekon?

The Letter Published on ResearchTurkey.

A DETAINEE SEARCHING FOR HIS CRIME: TUNCAY ÖZKAN