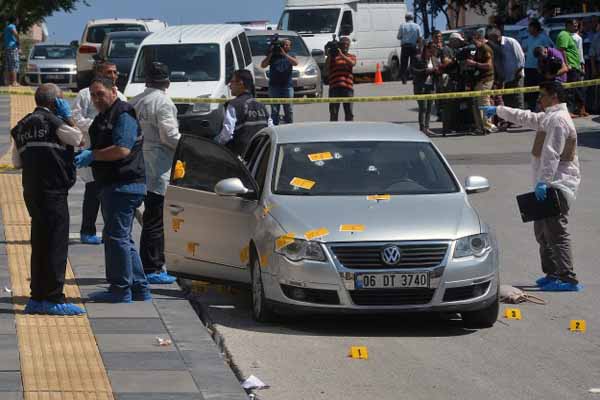 Police claimed the man identified as Bulent A, killed in a gunfight in Ankara, Turkey, was the leader of a drug gang with an extensive criminal record The man, identified only as Bulent A, was taken to hospital following the gunfight in the early hours of Saturday morning in Cankaya district but later died from his injuries. Four others were wounded – a woman and three police officers. Cankaya is a middle-class district of Ankara where most foreign embassies are located. The police statement described Bulent A, who has more than 30 convictions, as the leader of a gang dealing in ‘bonzai,’ a synthetic form of cannabis. The car he was travelling in with three others, including a Russian woman, was followed by police but firing started when the suspects realized they were being followed, the police statement added. A Russian citizen, identified as Elena G, was hospitalized after the gunfight.  The remaining occupants of the car are still being sought and police officers are searching the suspects’ car and the surrounding area for evidence.