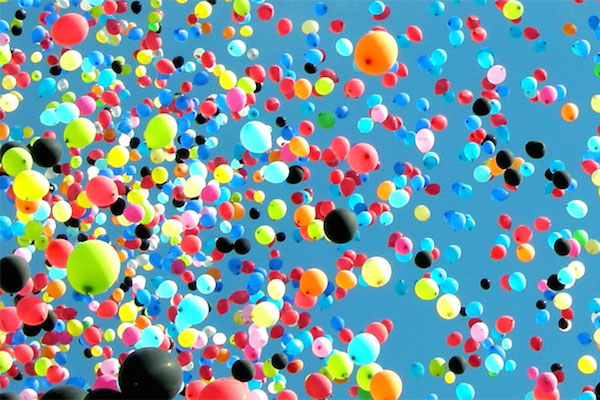 After banning the smoking of shisha pipes earlier this year, the Cambodian government this week clamped down on another nascent youth trend -- nitrous oxide balloons. Following a study by the government’s anti-drug authority of the substance -- colloquially known as laughing gas -- police were ordered to seize any nitrous oxide containers discovered, The Phnom Penh Post reported Tuesday.
The gas -- inhaled through colored balloons -- has recently become popular at backpacker hostels in Phnom Penh and on the coast, in the backpacker beach town of Sihanoukville.
"The anti-drug authority found that [nitrous oxide] can affect people's health," Heng Sam Ang, Sihanoukville deputy governor, told The Post, explaining why police in his province had confiscated seven canisters of the substance from a British national Monday. Nitrous oxide is traditionally used as an aesthetic in hospitals and has a sedative effect, however it can also induce hallucination, laughter, and euphoria. In February, the anti-drug authority banned shisha cafes, after the smoking of flavored tobacco through Middle Eastern water pipes became fashionable among young Cambodians.
About 90 cafes were subsequently shuttered.
While the anti-drug authority conceded that the flavored tobacco was not an illicit substance, they said smoking the pipes could still result in health problems. However, a few weeks later Prime Minister Hun Sen weighed into the debate, saying that in fact the shisha being smoked contained opium -- a narcotic once smoked widely in Indochina.
He also claimed the cafes caused delinquency among Cambodian youths, causing them to skip school to hang out at the venues. The prime minister is himself a long-time cigarette smoker.
Phnom Penh also boasts a plethora of pizza restaurants that sell 'happy pizza' -- or pizza topped with marijuana. Marijuana is not legal in Cambodia, but since it is used as an ingredient in some traditional cooking, police tend to ignore it. The recreational use of laughing gas has been banned in Turkey for some time.