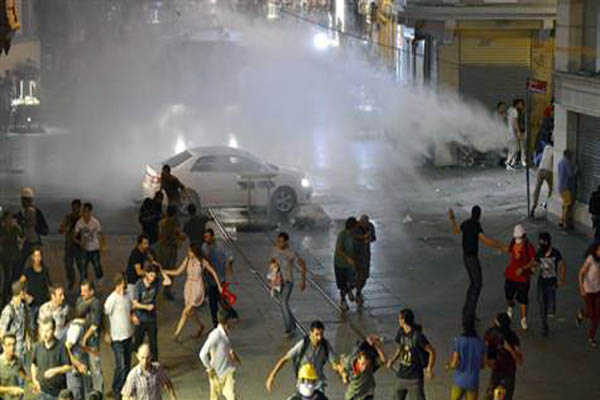 Turkish police on Satuday intervened a group of Taksim Gezi Park protesters using water cannon in Istiklal street in central Istanbul. Police took security measures in central Taksim Square early in the evening, after calls for anti-government protests were made on social media. Protesters ran into side streets after police intervention and after a while gathered again. Several people were detained during the protest. Taksim Gezi Park protests started on May 30 against the redevelopment plans of the park and turned into nationwide anti-government protests.