implement a redevelopment plan at Gezi Park in late May, protesters staged demonstrations at the park. 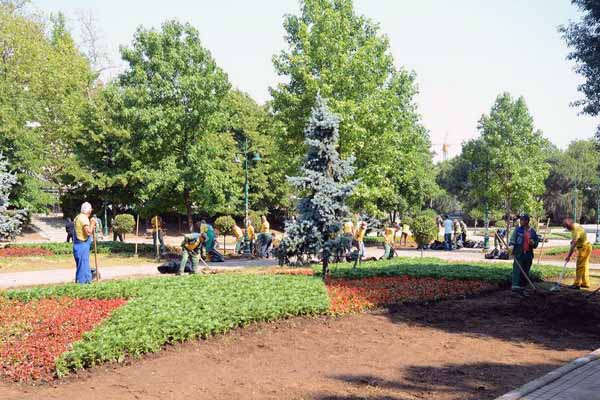 İstanbul Governor Hüseyin Avni Mutlu has said İstanbul's Gezi Park, which has been closed for almost two weeks since police cleared the park of protesters who had been camping there, will be opened within a few days after the municipality has completed its work. Gezi Park has been closed for almost two weeks. When the government began to implement a redevelopment plan at Gezi Park in late May, protesters staged demonstrations at the park. After bitter clashes with police, protesters occupied the park for two weeks. The government ordered the police to clear the park when negotiations over the withdrawal of the camping protesters failed to bring a result on June 15. Mutlu said the public will be able to go to the park in the coming days. Since the protesters were driven out of the park, municipal workers have planted 150,000 seasonal flowers and 25 linden trees in Gezi. Grass has also been re-sown in most parts of the park, city officials say. The 25 linden trees are between 10 and 15 years of age and are between eight and 10 meters in height. Five Sophoras that were removed from the park have been replanted at the Abide-i Hürriyet Monument Park, and they have already started to grow again, according to municipal officials. The city claims that TL 500,000 in damage was done to the park.