AVA, The sources, who asked not to be identified, said instructions on how to design such bombs are available on the Internet. 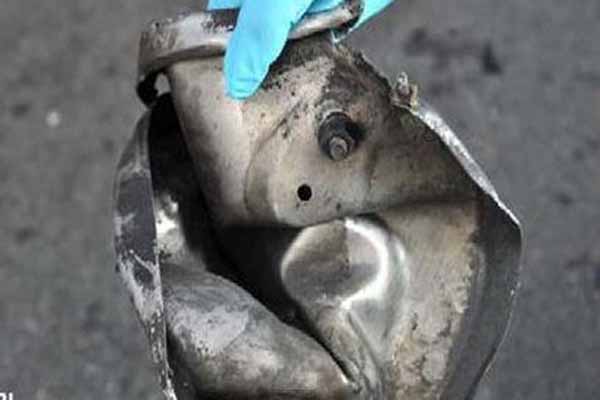 A pressure cooker stuffed with gunpowder and shrapnel caused at least one of the blasts at the Boston Marathon that killed three people and injured 176 others in the worst attack on U.S. soil since Sept. 11, 2001, law enforcement sources said on Tuesday. President Barack Obama called the two bombings on the marathon finish line an "act of terror" and police said parts of the center of Boston could be closed for days as they investigated the blasts that caused several people to lose limbs. "When these kids came in ... they were just so badly hurt, just covered with singed hair and in so much pain, it was just gut-wrenching," said David Mooney, the director of the trauma program at Boston Children's Hospital. "Pulling nails out of a little girl's flesh is just awful."

At least 10 people had limbs amputated as a result of their injuries, officials at hospitals said.

The youngest to die in the attacks was an 8-year-old boy. His family identified him in a statement as Martin Richard, who lived in the city's Dorchester neighborhood. Outside the family's home, sympathizers created a makeshift memorial of flowers and "Peace" was written in chalk on the sidewalk.

An early lead in the investigation and an apartment search ended with law enforcement sources saying that a Saudi Arabian student injured in the blast was likely to be cleared of suspicion.

No one has been arrested, Boston Police Commissioner Ed Davis told reporters on Tuesday morning.

Later on Tuesday in Washington, U.S. Homeland Security Secretary Janet Napolitano said there was no indication that the bomb blasts were part of a broader plot.

At least one bomb, and possibly both, were built using pressure cookers as the superstructure, black powder or gunpowder as the explosive and ball bearings as additional shrapnel, according to current and former counter-terrorism officials briefed on the matter.

The sources, who asked not to be identified, said instructions on how to design such bombs are available on the Internet.

"Any time bombs are used to target innocent civilians, it is an act of terror," Obama said in the White House briefing room. "What we don't yet know, however, is who carried out this attack or why, whether it was planned and executed by a terrorist organization - foreign or domestic - or was the act of a malevolent individual."

Dispelling earlier reports of as many as seven devices being found around Boston, Gene Marquez, assistant special agent in charge for the U.S. Bureau of Alcohol, Tobacco, Firearms and Explosives, said authorities had determined that the only bombs deployed in the attack were the two that detonated shortly before 3 p.m. EDT (1900 GMT) on Monday.

Any unexploded device might have provided a clearer picture of what materials were used and how the bomb was assembled, furnishing leads in the case.

Officials in cities across the United States were watchful and several had security scares on Tuesday, although no injuries were reported.

At Boston Logan International Airport, two passengers and their bags were removed from a United Airlines flight before departure on Tuesday morning, a source with direct knowledge of the action said.

In New York, the central terminal of La Guardia International Airport was briefly evacuated after authorities discovered a suspicious package at around 10:30 a.m. EDT (1430 GMT) in the terminal, authorities said.

A nearly mile-long stretch of Boylston Street, near the marathon finish and Boston's two tallest buildings remained cordoned off on Tuesday and portions of that street could remain closed for several days, police said.

Davis, the police commissioner, called it "the most complex crime scene that we have dealt with in the history of our department."

Trauma surgeons at several Boston hospitals said at press briefings that a number of victims had a range of metallic shrapnel material removed during surgery, including pellets and what appeared to be carpenter nails.

"The vast majority of the injuries were to lower extremities," said Dr. Tracey Dechert, a trauma surgeon at Boston Medical Center, which treated 23 people and performed amputations on five of them.

The inclusion of material such as nails in the device would be reminiscent of the 1996 bombing at the Summer Olympics in Atlanta, which killed two people and injured about 150 others. Anti-abortion activist Eric Rudolph, who eluded capture for years, pleaded guilty to the attack and is currently serving consecutive life sentences.

Officials in Britain and Spain said the London and Madrid marathons would go ahead on Sunday, but security plans for both races were under review.

Runners who had traveled to Boston for the annual marathon, which has been held since 1897 and attracts an estimated half-million spectators and some 20,000 participants, remained in shock on Tuesday morning.