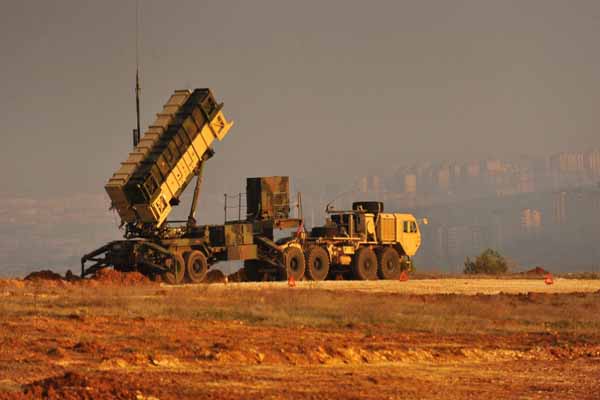 Turkish defence company ASELSAN wants to produce national missile systems like the Patriots deployed in Turkey, said ASELSAN Director General Cengiz Ergeneman on Wednesday. Pointing out that ASELSAN was the main contractor company in low and medium altitude air defence systems, Ergeneman said they were planning to move onto high altitude systems after having gained the needed experience.  Ergeneman claimed the civil war in Syria did not really affect their production capacity and added the defence industry went on as planned beforehand.  Emphasizing that the company sold night vision devices to 45 countries, Ergeneman said that establishments in Kazakhstan, Jordan, and United Arab Emirates were about to be completed soon.  Ergeneman said ASELSAN aims to increase the sales abroad by up to 25 percent.  ASELSAN, founded by the Turkish Army Foundation at the end of 1975,  is a Turkish corporation that produces tactical military radios and defence electronic systems for the Turkish Army.  Startied with the aim of creating a self-sufficient industry primarily for the defence requirements of the Turkish Armed Forces, ASELSAN has expanded with tremendous success over the last 30 years systematically in the local and global markets.