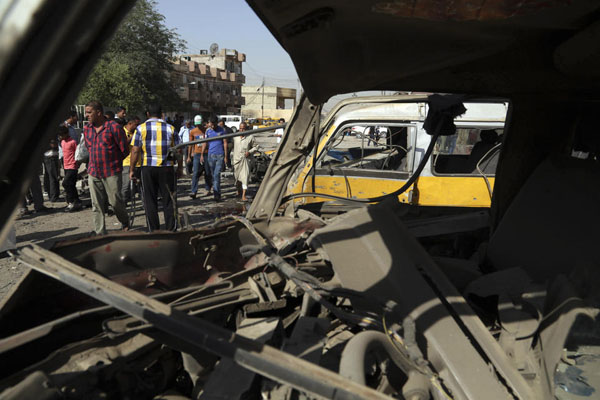 At least 42 people were killed and 54 wounded in eight explosions in different districts of Iraqi capital Baghdad Sunday morning, according to initial reports. Explosive-laden vehicles were detonated simultaneously near public marketplaces and parks in the Sha'ab, Meshtel, Hurriyah and Sha'ab al-bur districts, security sources indicated. Officials expect the death toll to rise. In recent weeks, Iraq was been experiencing an increase in attacks, particularly with bomb-laden vehicles. So far 600 were reportedly killed in October. The United Nations (UN) announced that over a thousand people have been killed in Iraq in the last month.