AVA, A Turkish court has sentenced composer and pianist Fazıl Say to a 10-month suspended prison sentence on charges of insulting Islamic religious values in comments he made on Twitter. 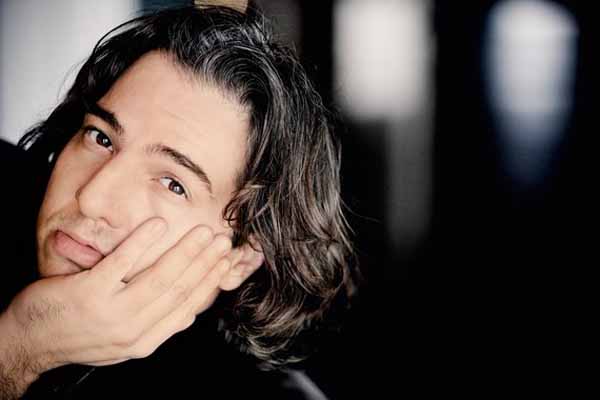 A concert pianist was given a suspended jail sentence in Turkey on Monday for insulting religious values on Twitter. Fazil Say, also a leading composer, went on trial in October for blasphemy - a crime that can carry an 18-month sentence - for a series of tweets. In April, Say posted controversial tweets questioning whether heaven in Islamic belief is like a brothel or pub, because the Quran says there are rivers of wine and houris (very beautiful women) in heaven for those who commit good deeds while they are on Earth. Say also tweeted about a muezzin who recited the evening call to prayer in 22 seconds, questioning whether he was in a rush to reunite with his lover or go to a rakı table.

Say explained his controversial tweets as verses from a poem by Omar Khayyam, a Persian poet.

The prosecutor's office has found that Say's statements run contrary to the first and third points of Article 216 of the Turkish Penal Code (TCK). These points concern the offenses of “fomenting hatred and enmity among the public” and “insulting religious values.”

In a two-page defense submitted to the court, the pianist rejected the accusations against him and asked to be acquitted.

An Istanbul court gave him a 10-month prison sentence but suspended it by five years on condition that he does not commit the same crime again in that period.

"Honestly we were not expecting this ruling, and all I can say is, both legally and for the country, it's a sad decision," Say's lawyer Meltem Akyol told Reuters.

"Say did not repeat the words of a poet, but attacked religion and the holy values of religion, completely with his own words," said plaintiff Ali Emre Bukagili.

Complainants Ali Emre Bukagili and Turan Gumus also said they were deeply offended by Say's statements, which they claim are not justified under the right to freedom of speech.