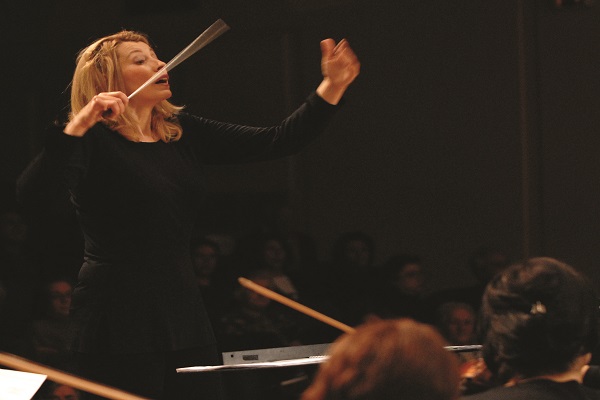 Ms. Sera Tokay, the first female Turkish conductor, will direct the Philarmonie de Chambre Lutèce's upcoming concert at the Carnegie Hall. The concert will take place on January 28. Created by Ms. Tokay in 2011, the chamber orchestra is comprised of young French musicians who recently performed in Geneva at the invitation of the Igor Stravinsky Foundation.

Ms. Tokay was born in Istanbul to a family with Russian origins. She has been influenced by Janos Fürst, Vsevolod Polonsky, Alain Voirpy and H. Klopfenstein. Her seven-year apprenticeship under Polonsky was especially influential in her development. She later pursued a philosophical curriculum to better reflect on music.

Ms. Tokay serves as musical director and principal conductor of the Sisli Symphony Orchestra in Istanbul and was invited by the Afghan Minister of Culture to found a school of music in Kabul. In 2010, Ms. Tokay was invited to conduct an exceptional concert at the Collège de France. She created Lutèce Philharmonica in 2011.

Ms. Tokay's upcoming Carnegie performance comes just months after a renewed international debate on the lack of female conductors. Among the 22 top U.S. orchestras, there was only one female conductor during the 2012-13 season.