Rebecca Adlington had a nose job

Rebecca Adlington, 25, apparently underwent nose slimming surgery at a top Harley Street clinic this month, it has been reported. 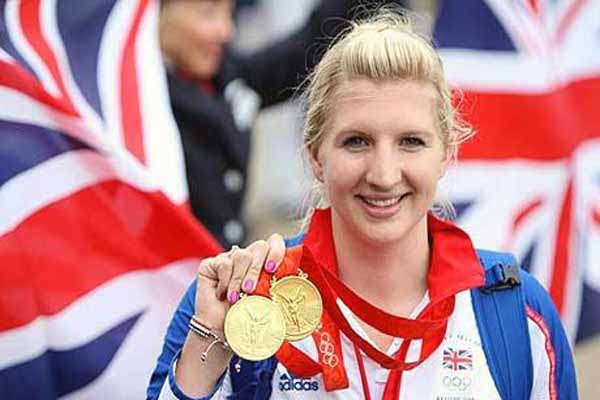 The retired athlete, who also won two bronze medals at the London 2012 Olympics, has previously expressed her struggle to come to terms with her own body image. Most notably, she broke down in tears during her appearance on ITV show I’m A Celebrity, Get Me Out Of Here! in 2013 as she spoke of her own low self-esteem and seeming inadequacy after comparing herself to glamour model contestant Amy Willerton. "Every day I look in the mirror and go, ‘God, I’m not pretty. I’v e got a very big nose’," she told the diary camera. See Rebecca Adlington & Other Winners Of the 2014 National Television Award "That’s what most of the negative comments on Twitter are about –> my nose. "People say ‘Oh God you look like a dolphin’, or ‘I didn’t realise they let whales into the Olympics, but at least you should be able to swim faster’. "I’d have it straightened. But I couldn’t float the idea of having a nose job before, because with swimming you only get two weeks off a year. "Would I have it done now? I’d probably have it straightened. But it’s really got to suit your face."

Adlington went on to admit that she found the criticism about her appearance the most challenging aspect of taking part in the Olympics.

She said: "It was the hardest thing to get used to, I thought: ‘ Why do people judge me for the way I look?’ It’s not as if I was trying to be a model.

"I always had a bit of an insecurity about the way I looked growing up. I knew that I wasn’t the most attractive girl at school.

"Even when I’d been on a night out, no boys would want to talk to me. So those comments hurt."

She also cited the inequalities of media scrutiny over the appearance of male athletes compared to female athletes.

"It’s hard for a woman. A woman has to deal with it – and that’s never easy.