One Day in Istanbul to premiere in London in December 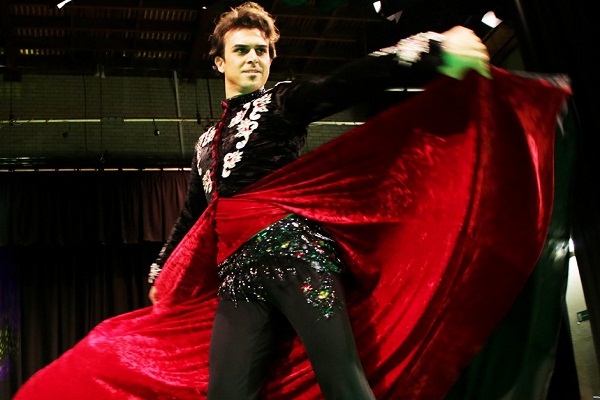 Co-produced by Dunya Bellydance, the show will be at the Cockpit Theatre in central London on 2nd December 2012, when a cast of 37 predominantly amateur dancers and musicians take to the stage alongside professionals to tell the tale of the bustling streets of Istanbul and the secrets of the Sultan’s Harem. The two hour spectacle was created by internationally renowned dancer and choreographer Ozgen to help empower women of all ages, shapes and ethnicities through the beauty of Ottoman-inspired dance.

Ozgen’s innovative Oriental project addresses the lack of confidence many women have performing in a public setting. Bellydancing is growing in popularity in the West, with women of all body shapes drawn to its glamorous sensuality and the ability to have fun while keeping fit. Yet few have the courage to go beyond lessons and perform live, which prompted the Turkish Cypriot born master dancer to develop a project to help women overcome their fears.

The dancer explained why he developed the show, “Oriental dance celebrates women and helps them feel good about themselves, irrespective of their body shapes. All the moves accentuate key parts of their beautiful bodies in a sensual way. Travelling the world performing and giving workshops, I meet many women who tell me how they love this dance, but feel too shy to do it in public. So I developed this show with them in mind, to help boost their self-confidence. Instead of just lessons, they now have a purpose – to be part of a theatre show. And the experience can be transferred to other parts of their lives – if you can perform on stage, you have the confidence to do anything.”

Co-producers, award-winning duo Rosy Summerbell ve Michelle Deniz Woodhouse from Dunya Bellydance helped select a cast of 37 for the London show. 29 are women, their ages ranging from 20-50 years old. 25 of them will be on stage for the very first time. The cast also reflect a diverse mix of ethnicities including American, British, Chinese, Cypriot, Polish, Italian, Russian, and Turkish. They have been rehearsing for the past two and a half months to prepare for the show, which is set to traditional music from Turkey.

Doors to the theatre open at 7.30pm and the performance starts at 8pm. Tickets are priced £16-18 in advance and are available from the Cockpit Theatre website (www.thecockpit.org.uk) or their box office (tel 020 7258 2925). The theatre is located on Gateforth Street, Marylebone, London NW8 8EH.

Following London, Ozgen will be taking One Day in Istanbul to Australia in 2013. The show had its world premiere in June at the 1929 Teatro Apolo in Madrid as part of the XVII Festival Al-Andalus.