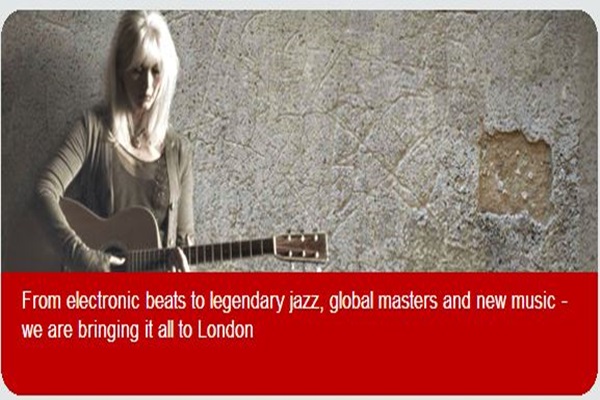 From electronic beats to legendary jazz, global masters and new music - we are bringing it all to London, After their second album, Hidden was released in 2010 to planetary acclaim – also winning NME's Album of the Year – brothers Jack and George Barnett and their friend Thomas Hein decided it was time to push the boundaries of their music a little further.These New Puritans: TNP Expanded + Mira Calix 17 April 2014 / 19:30 Hall. and the others here: http://www.barbican.org.uk/music/series.asp?id=1144