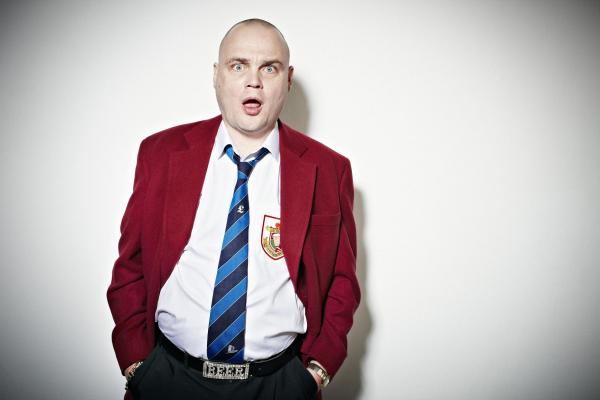 There’s a bloody-mindedness at play here. The more the right-on lefties (“snobs”, he would call them) carp at Murray, the more gleeful and chauvinist his Pub Landlord becomes. Having seen him live on many occasions, I’ve sometimes found Murray’s act two-dimensional, lacking in creative ambition, and certainly subject to the law of diminishing returns. It’s usually two parts affectionate to one part critical of the Landlord’s boorish attitudes. But it’s almost always redeemed by Murray’s prodigious comic skills: his repartee with the audience is the best in the business, and the character can soar to dizzy heights of clownish knuckle-headedness. The old mucker Stewart Lee is the highest-profile Murray-baiter, joking onstage that “I wouldn’t want racists laughing at my jokes because that’s Al Murray’s audience.” To those who’ve marked down Murray as an old-school chauvinist, his aristocratic ancestry and a bizarre recent interview in which he claimed comedians shouldn’t have political opinions, add grist to the mill. Likewise the gay Nazi character he unveiled, to loud criticism, in his 2009 ITV sketch show.

That’s why today’s news is exciting. When in 2013 Murray campaigned in defence of persecuted Twitter joker Paul Chambers, I wondered whether this high-mindedness and campaigning spirit would ever surface in his comedy. Clearly, the Landlord could be great again, if only Murray would do something new and surprising with him. And now, he’s doing so – pitching him four-square against his real-world alter ego, the black mirror in which all Murray’s jokes are reflected, but without a twinkle in the eye. South Thanet 2015 promises to be funny, weird, combative – it might even do the nation a good turn. And it spits in the eye of everyone who’s ever accused Murray of chauvinism. We can hardly call him a Little Englander now he’s pitted himself directly against Little England’s would-be champion.