Benedict Cumberbatch stars as Assange in the film ‘The Fifth Estate,’ which premiered at the 38th Toronto International Film Festival 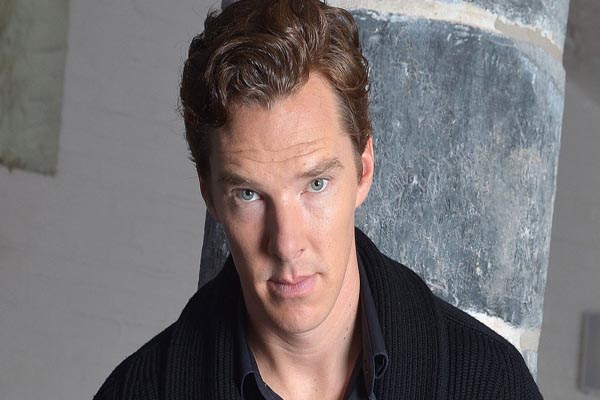 A veil of secrecy was draped ironically around a new movie charting the rise of WikiLeaks on Sept. 5 as the whistle-blower drama prepared to open the Toronto International Film Festival. A press preview of the film “The Fifth Estate” scheduled before its world premiere later Thursday was canceled at the last minute without any explanation. Promoters also restricted access to director Bill Condon (“Dreamgirls” and “The Twilight Saga”) before showtime. Film festival organizers said they were not given any reason for the canceled screening. The film is based on books “WikiLeaks: My Time with Julian Assange at the World’s Most Dangerous Website” by WikiLeaks founder Julian Assange’s once-trusted lieutenant and former WikiLeaks spokesman Daniel Domscheit-Berg, and “WikiLeaks: Inside Julian Assange’s War on Secrecy” by David Leigh and Luke Harding. It stars Benedict Cumberbatch as Assange and Daniel Bruhl as the activist’s confidant Domscheit-Berg. Assange himself has panned the film, saying that it is a pack of lies and “a massive propaganda attack on WikiLeaks and the character of my staff,” after reportedly seeing a copy of the script. “It is a lie upon a lie,” he told a group of Oxford University students earlier this year. In particular, Assange assailed the film’s portrayal of Iran as absolutely determined to build a nuclear bomb, an accusation denied by Tehran, but it was not in the final cut.

Coming to the film’s defense, the Toronto film festival’s boss Cameron Bailey said, “I think this film is just one more way to understand Julian Assange and WikiLeaks.” “It doesn’t invite you to like or hate Assange. He’s neither a hero nor a villain, he’s a complex person and to its credit the film shows you that complexity.”

The Toronto film festival, which runs through Sept. 15, will showcase 366 feature films, including 146 world premieres.

Unlike the Cannes and Berlin festivals, Toronto does not have an official competition or award jury prizes, but an audience prize is handed out and the winners often go on to win big at the Academy Awards.