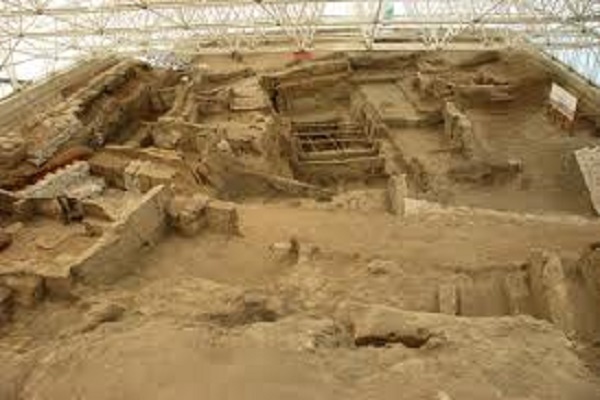 The Catalhoyuk excavation received significant multi-year funding from TCF under the TCF Turkish Cultural Heritage Programs. TCF funding helped build a shelter to protect the excavation site, establish walkways, panels and signage to enhance the site’s visitor experience, and provide training to conservation students and members of the local community.

Catalhoyuk was inscribed on the World Heritage Sites List by UNESCO in 2012 in part due to the diligent efforts of the international excavation team led by Stanford University archeologist Dr. Ian Hodder and improvements to the site as those funded by TCF. The only Neolithic site on the UNESCO list from the Middle East, Catalhoyuk carries universal value for our understanding of the way of life in early agricultural settlements. Inhabited by up to 8,000 people between 7,400 and 6,000 BCE, Catalhoyuk holds, in its streetless settlement of house clusters, numerous wall paintings - including what was recently discovered to likely be the world’s oldest known landscape map.

A regular stop on the TCF Teacher Study Tours for many years, in 2013, Catalhoyuk was designated as a special donation and awareness project by TCF. The visiting American teachers on the 2013 tours made personal donations for the Catalhoyuk project and one teacher, Terry Buehner, a history teacher at Burlington High School and Vermont History Teacher of the Year (2011), led a school-wide campaign to raise funds and awareness about Catalhoyuk.

TCF will match these and other raised funds for the Catalhoyuk Research Project until the end of 2014. The ultimate aim of the Catalhoyuk Research Project is to leave behind a well-planned heritage site that enhances the visitors’ knowledge in numerous ways, including a conservation laboratory, a museum to hold the artifacts and a model house to enable visitors to experience Neolithic homes without damaging the ancient structures.

We invite all teachers to explore Catalhoyuk with their students via its informative website and other educational resources. All donations made to TCF as part of this campaign must be marked Ref: Catalhoyuk and sent to the TCF Washington office by the end of the year.