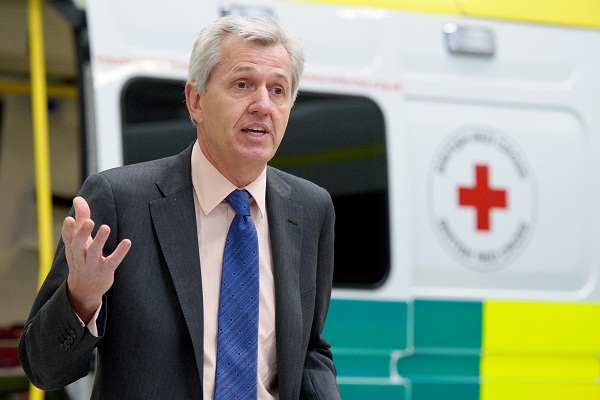 The Transport Secretary has demanded a full investigation into several accidents that happened on the same stretch of the M25 in less than a week.

Last week, four accidents occurred between Junction 24 for Enfield (A10) and Junction 25 for Potters Bar.

As a result, Enfield North MP Nick de Bois wrote a letter to Patrick McLoughlin on Monday, in which he states that an “unusually high” level of serious accidents took place on that stretch of the motorway.

Mr de Bois also asked the minister in Parliament today: “Will he urgently investigate the causes of those accidents, which might include the road management measures during the road expansion works, and let me know what he finds as soon as possible?”

In response, Mr McLoughlin said: “My honourable friend has already written to me about this issue, and brought my attention to those appalling incidents that caused the death of those people, and the families who were affected, as well as incredible disruption to his area.

“I want a full investigation into whether the points he has raised had any bearings on those accidents.”

The first accident happened on Tuesday, October 29, when a 60-year-old man died after his lorry overturned and caught fire on the slip road at the Enfield junction at approximately 12.15pm.

Two days later, another lorry crashed between junction 24 and 25 on the anti-clockwise carriageway in the early hours of the morning. No-one was injured.

On Friday, November 1, a lorry crashed through the central reservation from the same carriageway, resulting in four road workers being injured. One remains in a critical condition.

The whole junction was closed both ways for several hours, with the motorway opening 12 hours after the incident at 8pm.

The final incident occurred on Saturday, November 2. No injuries were reported.A 48-year-old man was arrested on suspicion of causing serious injury by dangerous driving.

Mr de Bois said: “I am pleased the Secretary of State understands the urgency if this matter which clearly has had some tragic consequences as well as causing major traffic upheaval to Enfield residents and businesses.

“These terrible accidents could be as a result of many possible factors but I do think he has a responsibility to ensure the traffic management systems in place during the road improvements are in fact safe and if not urgent changes must be made.

“No one wants to see more loss of lives and Enfield does not need the traffic chaos that results from M25 delays.”