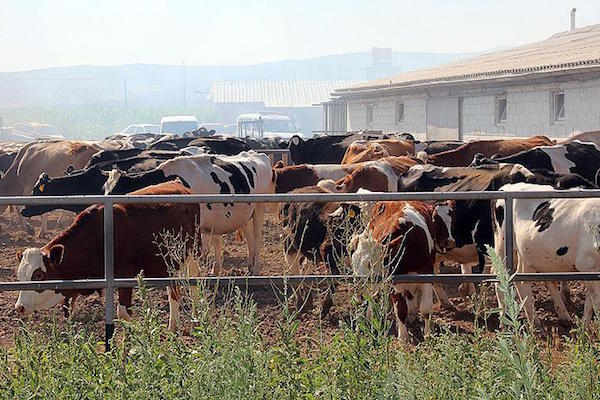 ANKARA (AVRUPA TIMES)-Turkey will import five tons of frozen carcass meat from EU countries, except Poland, in order to block hike in prices, according to the state-owned Meat and Milk Enterprise (ESK) on Friday.

"A tender will be carried out on Aug. 23 in Ankara by the ESK for five tons of fresh frozen carcass meat," the enterprise said on its website.

Turkish Central Bank sees the rise in food prices, especially of red meat as one of the most negative elements that have increased Turkey's inflation rate, which was 8.79 percent in July compared with 7.64 percent in June, according to the Turkish Statistical Institute on Aug. 3.

Turkey started to import meat in 2010 after an increase in demand continued to outpace production growth.

According to meat experts, Turkey needs over 1.3 million tons of red meat annually, while there is a shortage of 200,000 tons each year.

Per capita beef consumption has increased to 14 kilograms from 4.4 kilograms over the last eight years despite growth in poultry meat consumption.

During the first six months of the year, beef production was 507,689 tons, an increase of 7.5 percent compared with 472,346 tons in the same period last year, according to the Turkish Statistical Institute.

Beef prices in the country have surged three-folds to $12 per kilogram since 2009.