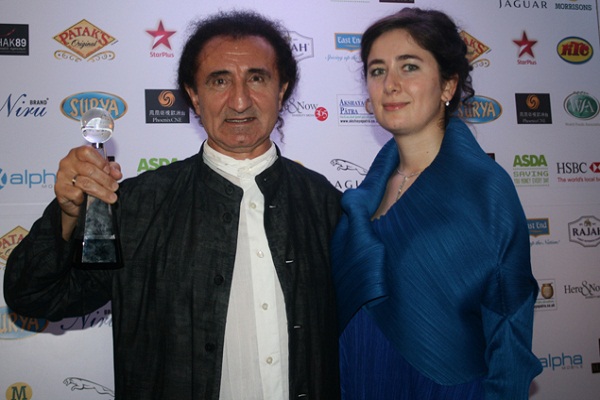 High street retail giant ASDA has today renewed its three- year relationship with the World Food Awards and confirmed its support and sponsorship for the Best New Product of the Year category at this year’s event.The glittering gala event, which showcases and celebrates the very best of ethnic food products and brands, will take place at the Lancaster London Hotel on Friday 2nd November.

The Awards, now in their fourth year have been created by the World Foods Association to recognise not only the incredible growth within this sector, but also the diversity of cultures and communities that the industry is inspired by

The Asda Best New Product Award is aimed at brand new launches and recognises the outstanding success of a food or drink item/brand over the past year. The WFA Judges will be looking for products that have captured the consumer’s imagination and achieved exceptional success in a short space of time.

Mehul Patel, Head of the Ethnic Team at Asda says of the sponsorship: “The World Food Awards has a very important role to play, encouraging new and existing businesses that serve this sector to continue their hard work, and we are delighted to be sponsoring the awards for the fourth year.”

According to latest research from Mintel in its Ethnic Foods Market Report 2011, 62% of consumers now enjoy foreign food, with ethnic foods now a staple element of the population’s diet. Added to which we consume, on average, an ethnic meal once a fortnight, says Mintel, with Indian cuisine still leading the way, enjoyed by 71% of consumers, beaten only by the Chinese take-away.

Mehul Patel continues: “As one of the leading High Street supermarkets we have seen the incredible growth within the World Foods sector. 10 years ago we had only one aisle filled with South Asian and Chinese food. Now, the range is so varied and expansive that not only do the products demand greater shelf space, but the consumers are demanding it too. Some of our stores have an ethnic customer profile of 70% plus.  The space we give to those ranges reflects this.”

Whilst Indian and Chinese cuisines still dominate the world food market, it is Mexican food, or Tex-Mex,  that is making the most dramatic impact on UK consumers as the fastest-growing cuisine, according to market analyst IRI's Grocery Outlets report, growing by 9.8% year-on-year.

Mehul concludes: “Our customers are the best judges of quality and varying tastes and as such sponsoring the Best New Product of the Year reflects the role and responsibility that ASDA has, to ensure they get the very best and latest  that is on offer.”

The 2011 Awards featured a glittering array of celebrity guests including chefs Ken Hom OBE, Rob Billington, AnjumAnand and RavinderBhogal, as well as actor NitinGanatra, director GurinderChadha, singer Simon Webbe and sporting legends, Denise Lewis and Chris Eubank. The2012 Awards ceremony is lining up to be as exciting and glamorous, with performances from leading artists and a host of celebrities, sports personalities and acclaimed chefs to present the awards.

This year’s high-profile judging panel consists of some of the UK’s most respected industry experts, including Adam Leyland, Editor of The Grocer, Simon Numphud, Head of AA inspectors andMintel’s Director of Innovation & Insight David Jago.