South Korea set to back deal for 40 Lockheed F-35s 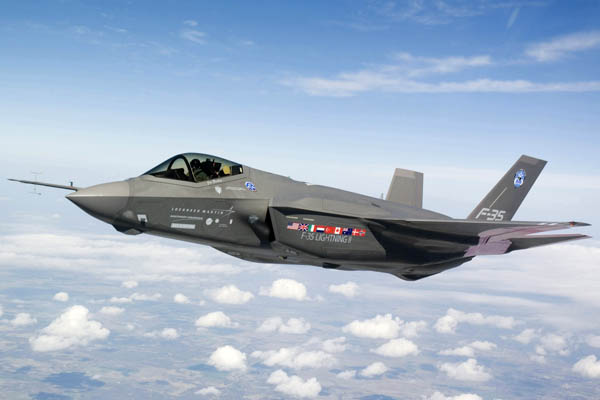 South Korea's Joint Chiefs of Staff were expected to endorse an "all F-35 buy" of 40 Lockheed Martin Corp F-35 fighter jets and an option for 20 more at a meeting on Nov. 22, two sources familiar with the competition said on Friday. The Joint Chiefs' decision must be approved by a committee chaired by the South Korean defense minister at a meeting in early December, according to the sources, who declined to be identified because they were not authorized to speak publicly. A decision by the Joint Chiefs to purchase only F-35s would be a setback for Boeing Co, which had hoped to sell Seoul at least some F-15 fighters as a hedge against delays in the F-35 fighter program, which is completing development.

One source said South Korea was sticking to its initial plan to buy 60 jets to preserve the terms of an industrial offset package that accompanied the Lockheed offer and included a satellite to be launched and placed in orbit.

Any changes in the number of planes ordered would require reopening negotiations with Lockheed, said the source.

The South Korean Air Force has asked for enhanced stealth capability for the fighter jets, a move seen as bolstering the F-35's chances ahead of the Joint Chiefs meeting.

U.S. officials have said Seoul needs to make a decision by the end of the year to ensure delivery of initial F-35s in 2017 since the U.S. government must order advanced materials for the planes in coming weeks. Seoul is said to be looking at buying six F-35 fighter in the ninth batch of early production jets.

The South Korean government voted down a bid by Boeing to supply 60 F-15s in September despite its offer, even though it was the only one of three bids submitted that was under budget. At the time, South Korean officials said they would restart the 8.3 trillion won ($7.8 billion) tender process to get a more advanced, radar-evading jet, but Boeing and its supporters had hoped the government would opt for a split buy of F-35s and F-15s.