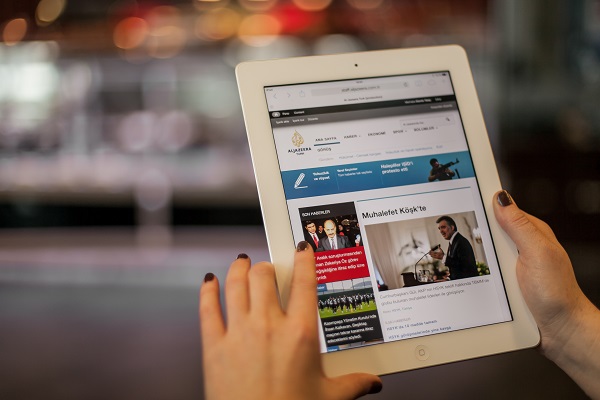 Al Jazeera Türk is leading initially with a digital launch, with a TV channel to come later. Construction and indoor works are underway at the channel's building in Topkapı, İstanbul.

Al Jazeera Türk is the latest member of the Al Jazeera Media Network, which already has channels broadcasting in Arabic, English and local Balkan languages.  It will be dedicated to Turkish-speaking audiences in different parts of the world, says Al Jazeera Türk’s Managing Director, İsmail Kızılbay.

Describing the channel as a ground-breaking development in terms of news broadcasting in Turkey, Kızılbay says "We have defined our target audience as any geography where Turkish is spoken – Turkey in particular. This means roughly 130-140 million people in Europe, Balkans, Caucasus, Central Asia and the Middle East."

“Always with the people”

Al Jazeera Türk News Director, Gürkan Zengin, says their employees will enjoy editorial independence without any political or commercial concerns. "Accurate and objective news, equal treatment to different opinions, and always being on people's side will be the basic pillars of our reporting" he says.

Zengin also says the news center is built around the channel's regional vision, adding that "Eight different languages are spoken at our news center. From Persian to Russian, we have colleagues from almost all regional languages."

Al Jazeera is one of the world’s leading media corporations, encompassing news and documentary channels.

The network’s news channels have an extensive newsgathering reach with over eighty bureaus across all the continents of the world. Al Jazeera’s indepth global approach to journalism, allied with a commitment to giving ‘voice to the voiceless’, has won it numerous awards and plaudits over the years including the Columbia Journalism Award, a DuPont award, the four Freedoms medal, a Peabody, and RTS News Channel of the Year.