The birthday of Paul Otlet 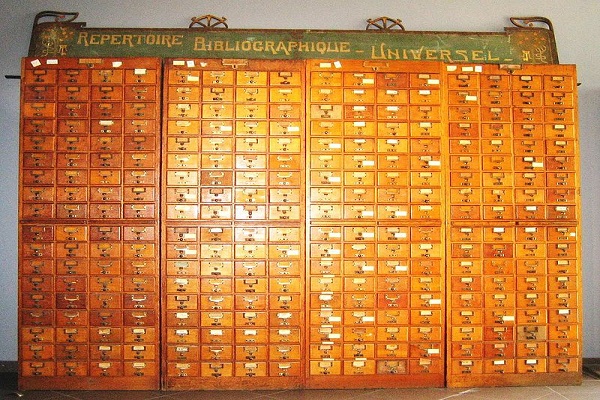 The Mundaneum was the name given to an institution that collected and classified data. It was set up by two Belgian lawyers, Paul Otlet and Henri La Fountaine, in 1895 and formalised in 1910. The Mundaneum brought together all the collections of "worldwide importance". The founders created a way of organising the information, now known as Universal Decimal Classification, which is still used today in libraries. This allowed them to pool all the information into what one English pamphlet described as "one universal body of documentation, an encyclopedic survey of human knowledge, an enormous intellectual warehouse." They even had a giant cabinet with drawers, with all the information references on special index cards. (http://www.independent.co.uk)