Conservative-led Government has delivered a record number of apprenticeships in England, 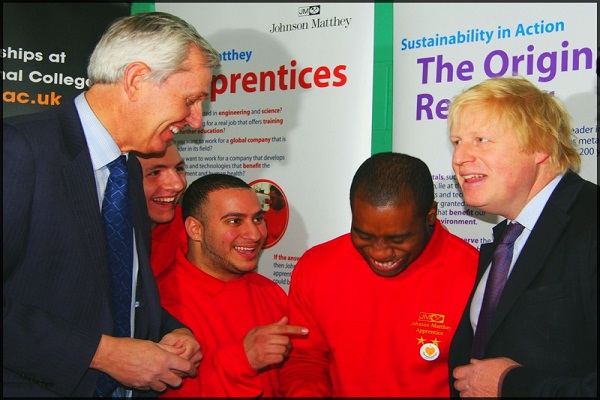 Enfield North MP Nick de Bois said the Conservative-led Government has delivered a record number of apprenticeships in England, with half a million people starting an apprenticeship last year. The latest figures show that in Enfield, 1,720 people are in apprenticeships, an increase of 1,010 since 2010.

Nick de Bois said, “It is fantastic that over 1,700 people started an apprenticeship last year. That’s over 1,000 more people now benefiting from apprenticeships thanks to the Conservative-led Government.”

Mr de Bois, who organised the Enfield Jobs Fair in February, added, “We are getting behind people who work hard and want to get on in life. Apprenticeships are a great way to help people get the skills they need to make a better future for themselves.”

Over 1,600 people attended the Enfield Jobs Fair this year, which was opened by London Mayor Boris Johnson. As well as featuring companies seeking to fill full time posts, it also included local firms such as Johnson Matthey who have been praised for their apprenticeship schemes. Nick added, “I want many more people in Enfield to have the chance to earn and learn at the same time as an apprentice. I would urge everyone to think about whether they can benefit from the many apprenticeship opportunities that are now available."