Yulia Tymoshenko is freed from prison 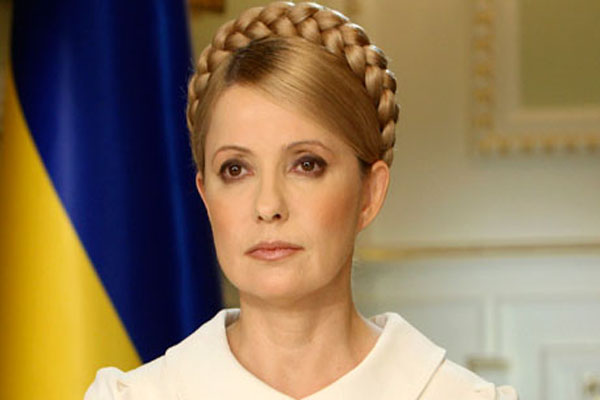 A statement on her official website said: "Leader of the Batkivshchyna party and former Prime Minister Yulia Tymoshenko, who was wrongfully convicted, has been released from prison. "We congratulate all people of good will with this victory! We are grateful to all those who prayed and did the possible and impossible for this important moment to come as soon as possible." Her release comes after she was sentenced to seven years in jail for her actions while in office as the prime minister. Ukrainian politicians voted earlier today to bring in powers to free Ms Tymoshenko more quickly by bypassing the President's endorsement. She was jailed in 2011 for abuse of office linked to a gas deal she brokered with Russia as Prime Minister, following a trial that was denounced by the European Union for being politically motivated. It will be seen as a major coup for the opposition after Oleksander Turchynov, a senior member of the opposition Fatherland Party and ally of Ms Tymoshenko, was elected to replace parliamentary speaker Volodymyr Rybak - a Yanukovich loyalist. A rapid political shift continues to destabilise the President, Viktor Yanukovych, who has reportedly left Kiev to visit supporters in pro-Russian eastern Ukraine. His residential complex has been taken over by anti-government protesters and demonstrations continue in Independence Square, despite a deal brokered by the European Union on Friday.