The Minister of Culture and Tourism of Turkey has officially opened the worlds biggest international halal tourism conference. 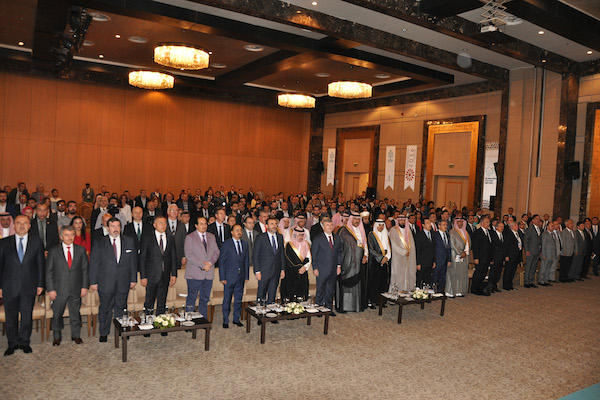 AVRUPA TIMES-The Minister of Culture and Tourism of Turkey has officially opened the worlds biggest international halal tourism conference. Hundreds of delegates from over 30 countries attended the opening day of the Halal Tourism Conference 2016 in Konya, Turkey which brought together some of the worlds leading names in the travel industry.

Mahir Ünal, Minister of Culture and Tourism of Turkey, officially opened the two-day conference themed Developing Halal Tourism Industries which aims to shape the future of a sector currently worth $150 billion.

The event featured a number of high profile guests from across the globe including Dr Bandar Fahad al Fehaid, delegation of Arab Tourism Organization of the Arab League, Irfan Onal, Director General of Ministry of Tourism Turkey,Tahir Akyurek, Mayor of Konya and Muammer Erol, Governor of Konya.

The opening day, held at the Dedeman Convention Centre, featured a number of keynote speeches on topics such as Technology and its benefits to the Halal Tourism and The Muslim Traveller Needs alongside panel discussions and workshops.

Minister of Culture and Tourism of Turkey, Mahir Ünal, said: We are delighted to host this conference on this historic day.

As a Minister of Tourism I will continue to support this kind of tourism and our aim as a tourism destination is targeting 50 million tourists into the country.

We would like to thank the delegates who have come to this event and how we can all grow together.

Dr. Bandar Fahad al Fehaid, Delegation of Arab Tourism Organization of the Arab League, said: We are delighted to be part of a global conference and representing the Middle East.

An event like this is very important and how we can unite the world through tourism.

Alongside the conference, there is also a three-day exhibition featuring businesses from across the world.

It is the second time this tourism showpiece is being held in Europe following the success of the inaugural event in Andalucía, Spain.

A recent study has revealed that in 2015 the estimated total Muslim visitor arrivals were 117 million representing close to 10% of the entire travel economy. This is forecasted to grow to 168 million visitors by 2020 and 11% of the market segment with a market value projected to exceed $200 billion.

Organiser Bilal Domah, from CM Media based in UK, said: We would like to thank Mahir Ünal, Minister of Culture and Tourism of Turkey for opening the event.

Halal tourism is one of the biggest sectors in the world and we are delighted with the fantastic turnout including our VIPs, high profile delegates and quality speakers.

We are looking forward to a very insightful two days which is certain to shape the ongoing agenda of the fast-growing Halal travel industry.

Topics and workshops to be discussed over the two days include Halal Tourism & Technology, Opportunities and trends within Muslim women and young travel market, The market opportunity for European destinations, How to meet the demands of the 21st Century Muslim traveller and Integrating travel and technology to deliver the ultimate Halal Friendly travel experience.

For more information on the event please visit: http://www.halaltourismconference.com or email info@cmmedia.co.uk