Butcher of Beirut, Ariel Sharon, was not remembered by the world nations. Only 21 dignitaries came to bid farewell to him at his funeral. 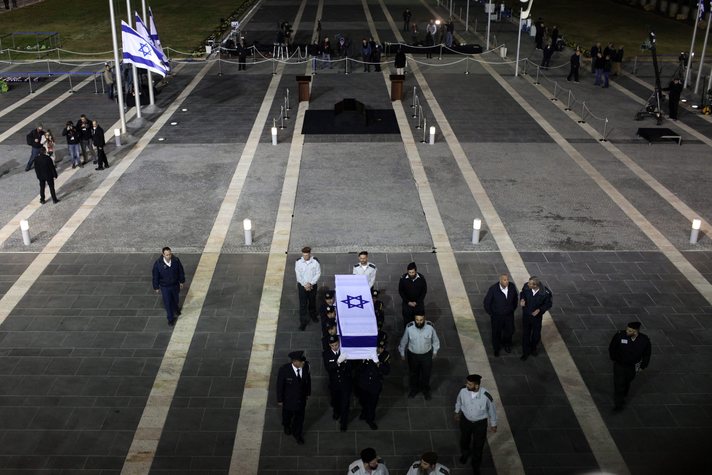 The late ex-prime minister of Israel, Ariel Sharon, was buried next to the grave of his wife in the Negev Desert with a military funeral on Monday, following a state memorial service at the Israeli parliament Knesset.

The funeral of Ariel Sharon did not however see a huge turnout of dignitaries.

The Israeli foreign ministry said dignitaries had come from 21 countries, mainly from Europe, but did not list any delegations from the Middle East, Africa or Latin America.

Sharon died aged 85 on Saturday after spending the last eight years of his life motionless in a hospital bed. He had been in a coma after suffering a stroke 8 years ago.

Born in 1928 in the Jewish settlement of Kfar Malal in British-mandated Palestine, Sharon served as the 1th prime minister of Israel.

A maverick of Israeli politics, he is considered by some Israelis as a "national hero", while others see him as a bump in the peace process. Others see the controversial politician as a war criminal in view of his military role in the Israeli invasion of southern Lebanon in 1982.

In 1983, Sharon was forced to resign as defense minister after the Commission of Israeli special judicial, decided that he did not make enough efforts to prevent the massacre of Sabra and Shatila in Lebanon.

For millions of Arabs and Palestinians, Sharon was a "mass killer", who sparked the second Palestinian uprising in 2000 by his provocative visit to Al-Aqsa mosque, Islam's third holiest shrine, in the company of heavily armed guards.