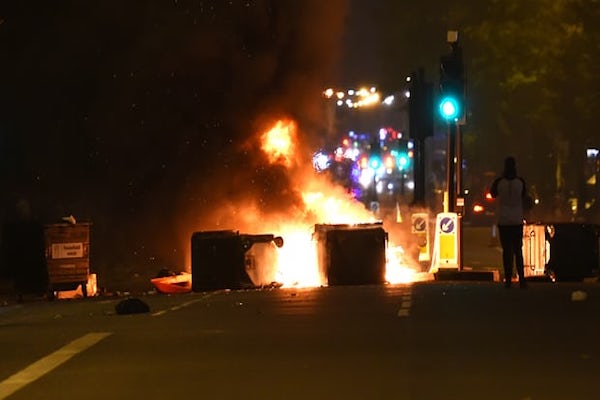 Dozens of people gathered outside the convenience store in Dalston, where Charles was pinned to the floor by police officers who had been chasing him in the early hours of Saturday morning. The 20-year-old was taken to Royal London hospital, where he died a short time later. The protesters pushed mattresses, wheelie bins, traffic cones and rubbish into the street, stopping cars from passing. Several vans of riot police sent to control the demonstration came under attack, with the protesters hurling bottles and other missiles at officers. When a lorry drove through the barricade, hitting the wheelie bins lined up in its path, protesters jumped on board, clinging to the window, while one sat on a bin which was pushed along by the vehicle. A man clambered on to the roof but the lorry continued to drive with people throwing bottles at it.