'These penalties will not be the last word on the matter from the United States,' Mike Pompeo told reporters 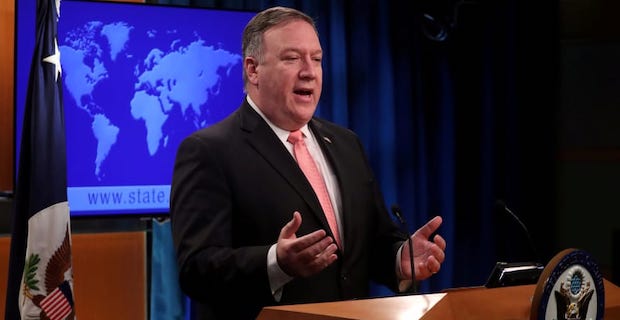 The United States has identified some Saudi officials responsible for the killing of journalist Jamal Khashoggi and is taking action, including revoking visas and exploring sanctions, U.S. Secretary of State Mike Pompeo said on Tuesday.

"These penalties will not be the last word on the matter from the United States," Pompeo told reporters. "We're making very clear that the United States does not tolerate this kind of ruthless action to silence Mr. Khashoggi, a journalist, through violence."Twenty-one Saudis will have their U.S. visas revoked or be made ineligible for U.S. visas over the killing, U.S. State Department spokeswoman Heather Nauert said. The vast majority of the 21 have U.S. visas, a U.S. State Department official added.

U.S. President Donald Trump said on Tuesday Saudi authorities staged the "worst cover-up ever" in the killing of prominent journalist Jamal Khashoggi this month, as the United States vowed to revoke visas of some of those believed to be responsible.

Trump spoke hours after Turkey's president, Tayyip Erdogan, dismissed Saudi efforts to blame Khashoggi's death on rogue operatives. Erdogan urged Riyadh to search "from top to bottom" to uncover those behind Khashoggi's death in the Saudi consulate in Istanbul on October 2, an incident that has prompted global outrage and strained relations between Riyadh and Washington.

Asked in the White House Oval Office how the Khashoggi killing could have happened, Trump said: "They had a very bad original concept. It was carried out poorly, and the cover-up was one of the worst in the history of cover-ups."

Trump's comments in recent  days have ranged from threatening Saudi Arabia with "very severe" consequences and mentioning possible economic sanctions, to more conciliatory remarks highlighting the country's role as a U.S. ally against Iran and Islamist militants, as well as a major purchaser of U.S. arms.

On Tuesday, Trump said the Khashoggi matter was handled badly by Saudi officials. "Bad deal, should have never been thought of. Somebody really messed up. And they had the worst cover-up ever," Trump said.

Keywords:
U.S. President Donald TrumpJamal KhashoggiSaudi ArabiaJournalist Jamal Khashoggi
Your comment has been forwarded to the administrator for approval.×
Warning! Will constitute a criminal offense, illegal, threatening, offensive, insulting and swearing, derogatory, defamatory, vulgar, pornographic, indecent, personality rights, damaging or similar nature in the nature of all kinds of financial content, legal, criminal and administrative responsibility for the content of the sender member / members are belong.
Related News