Texas was struck by Hurricane Harvey 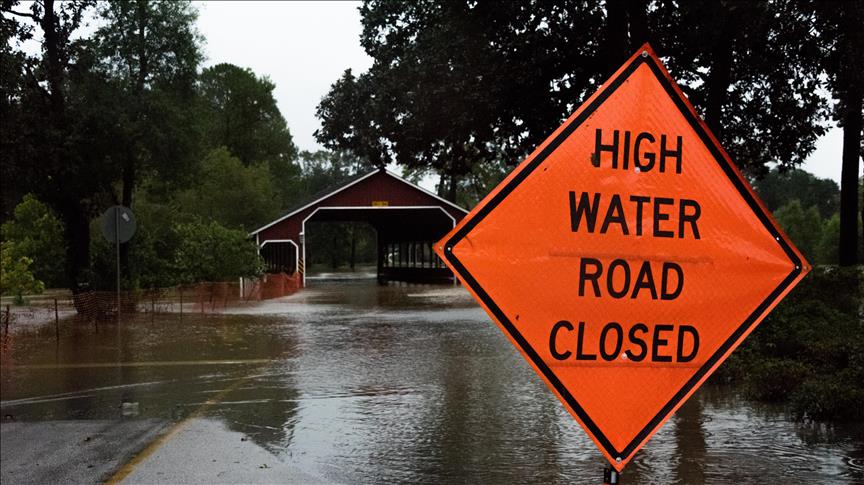 AvrupaLondon - A U.S. university fired a professor Tuesday after he appeared to suggest on social media that Texas was struck by Hurricane Harvey because it voted Republican for Donald Trump in last year’s presidential election."We condemn the comments and the sentiment behind them and understand the pain this irresponsible act has caused," University of Tampa spokesman Eric Cardenas said in a press statement. "As Floridians, we are well aware of the destruction and suffering associated with tropical weather."The comment by visiting professor Kenneth Storey caused a massive backlash online, forcing the university to first issue an apology and then move forward with the dismissal."I don’t believe in instant karma, but this kinda feels like it for Texas. Hopefully, this will help them realize the GOP doesn’t care about them," Storey said on Twitter in a post that was later deleted.The Republican Party is commonly referred to as the GOP, or Grand Old Party.The embattled academic issued an apology Monday."I deeply regret a statement I posted yesterday," Storey said. "I never meant to wish ill will upon any group. I hope all affected by Harvey recover quickly."Houston has been crippled by five consecutive days of rain from Hurricane Harvey, which has since been downgraded to a tropical storm after making landfall as a Category 4 hurricane late Friday.But the effects of widespread flooding prompted by nearly 50 inches (1.27 meters) of rainfall have overburdened search and rescue efforts.At least six people have been reported dead due to the storm, which broke a state record for a tropical storm with 49.3 inches of rain it dumped in an area just southeast of Houston, according to the National Weather Service.