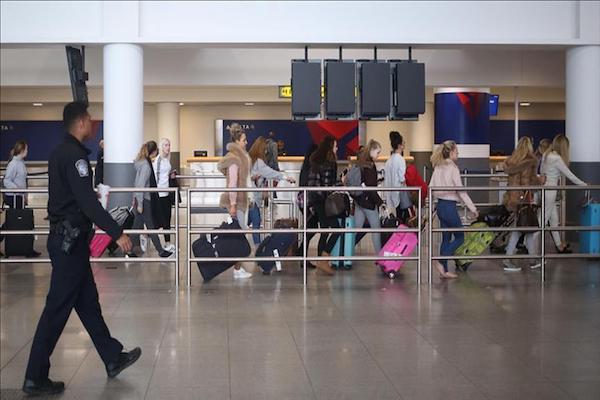 The action comes after the Supreme Court decided Monday to allow part of a travel ban on refugees and immigrants from Iran, Libya, Somalia, Sudan, Syria and Yemen for at least 90 days, and suspends the U.S. refugee admittance program. The court will hear the full case during its fall term. The new guidelines that were obtained by the news agency and sent to embassies and consulates Wednesday, require those wanting to enter the U.S from those countries to prove a relationship with a parent, spouse, child, adult son or daughter, son-in-law, daughter-in-law or sibling in the U.S. Grandparents, grandchildren, aunts, uncles, nieces, nephews, cousins, brothers-laws and sisters-in-law, fiancees and other extended family members would not be considered close relationships. Those who can prove a “bona fide relationship” or hold valid U.S. visas will not be affected by the regulation, according to the cable. The new measures are expected to take effect Thursday. The revised travel ban issued March 6, which is a modified version of one implemented in January, has been widely criticized, including by several lower courts that blocked its implementation, as being an unconstitutional attempt to restrict Muslim immigration to the U.S.