Jay Carney emphasized that US intelligence gathering efforts mirror those of other nations. 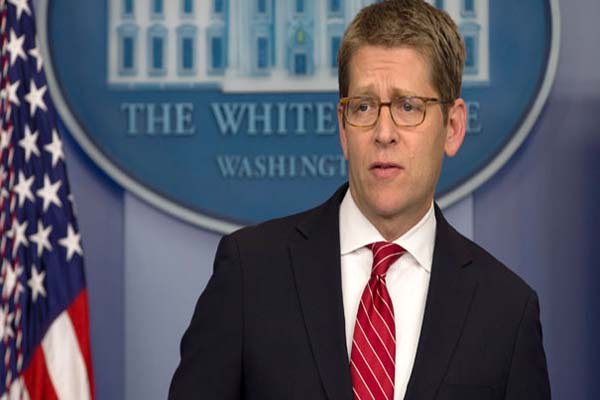 In light of recent allegations that the US gathered massive troves of electronic intelligence in France, senior administration officials Monday said that the US is assessing its balance of privacy and security concerns.

Speaking to the press Monday, White House Press Secretary Jay Carney emphasized that US intelligence gathering efforts mirror those of other nations.

“And as a matter of policy, we have made clear that the United States gathers foreign intelligence of the type gathered by all nations.”

He added, “As the president said in his speech at the UN General Assembly, we've begun to review the way that we gather intelligence so that we properly balance the legitimate security concerns of our citizens and allies with the privacy concerns that all people share,” said Carney.

Le Monde, a French daily, reported that the National Security Agency (NSA) collected over 70 million phone calls in France over a 30-day period based on secret documents obtained from whistleblower Edward Snowden.

“Right now we're undertaking a review to determine how -- you know, how the best ways are to gather intelligence and what the balance should be because it's all about a balance between the legitimate security concerns that our citizens have and the privacy concerns that we and our allies have as well about some of these alleged intelligence activities,” she said.

Fabius voiced his objections on the matter, saying in Luxembourg, “This type of practice between partners that intrudes on the private sphere is totally unacceptable.”

Harf stated that US Secretary of State John Kerry, who is currently in France on scheduled business, would work to ensure that the reports did not damage the working relationship between France and the US.