U.S. Navy would expand its presence in the Mediterranean to four destroyers from three. 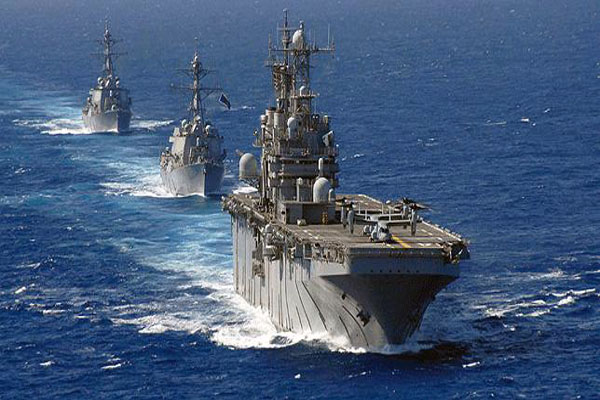 The United States on Friday was repositioning naval forces in the Mediterranean to give President Barack Obama the option for an armed strike on Syria, although officials cautioned that Obama had made no decision on military action. A defense official, speaking on condition of anonymity, said the U.S. Navy would expand its presence in the Mediterranean to four destroyers from three. Secretary of Defense Chuck Hagel, en route to Asia, said Obama had asked the Pentagon for options on Syria, where an apparent chemical weapons attack that killed as many as 1,000 civilians has upped pressure on Washington to respond. "The Defense Department has responsibility to provide the president with options for all contingencies," Hagel said. "And that requires positioning our forces, positioning our assets, to be able to carry out different options - whatever options the president might choose." He did not elaborate. The defense official, who was not authorized to speak publicly, said the USS Mahan, a destroyer armed with cruise missiles, had finished its deployment and was due to head back to its home base in Norfolk, Virginia. But the commander of the U.S. Sixth Fleet has decided to keep the ship in the region, the defense official said.

The official stressed the Navy had received no orders to prepare for any military operations regarding Syria.

Obama's senior national security advisers will convene at the White House this weekend to discuss U.S. options, including possible military action, against the Syrian government, another U.S. official said on Friday.

A senior State Department official said no final decisions were expected from the meeting, pending a further review of intelligence on the attack. Secretary of State John Kerry planned to attend via videoconference. The meeting was expected to take place on Saturday.

The U.S. president has been hesitant to intervene in Syria's 2 1/2-year-old civil war, sentiments he repeated earlier on Friday.

But, in a development that could increase the pressure on Obama, American and European security sources said that U.S. and allied intelligence agencies had made a preliminary assessment that chemical weapons were used by Syrian forces in the attack near Damascus this week.