PKK’s Syria affiliates are withdrawing west of the Euphrates River 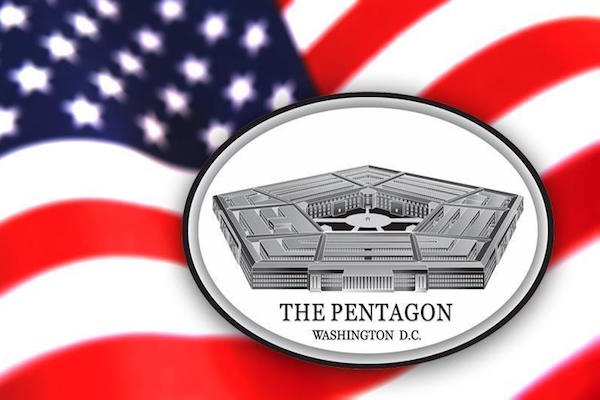 WASHINGTON-The Pentagon insisted Wednesday PKK’s Syria affiliates are withdrawing west of the Euphrates River in northern Syria despite the militant groups’ continued presence in the area.

“The people we are working with in the SDF [Syrian Democratic Forces] – the SDF is comprised with a lot of Kurds but other elements too – have lived up their promise,” Pentagon spokesman Capt. Jeff Davis said.

According to Davis, the withdrawals have been taking place for about three days but local reports and some Turkish officials say the PKK’s affiliate, PYD, and its military wing, YPG, in and around Manbij continue to hold villages west of the Euphrates.

The PYD/PKK has long said it would not cross the river to the east and leave the areas captured from the Daesh terror group to the local predominantly Arab population.

Davis told reporters the SDF’s promise to the U.S. was to capture Manbij -- located 25 kilometers (15 miles) to the west banks of the Euphrates -- from Daesh and cross back the river leaving the city to local Arabs.

Still, some SDF forces are in Manbij, he said, to clear handmade explosives, IEDs, or improvised explosive devices, and set “the conditions for long term security” in the town.

However, the spokesman declined to specify if PYD/PKK elements are also abiding by its promise.

“I cannot speak for every comment that every ethnic Kurd in Syria makes. I can tell you that the units that we work with to include the headquarters elements and their leadership and the people we have liaison with have abided by what they said they would do,” he said.

The PYD/PKK is trying to combine its self-declared Afrin canton in the northwest corner of Syria to the Kobani and Jazeera cantons in the northeast but Turkey and Syrian opposition groups fighting for the unity of Syria have been trying to prevent PKK affiliates’ separatist motivations.

The State Department said it understands Turkish concerns about terrorism, stressing that Washington will "continue to work through these issues.

"Do we agree on everything? No. But I don't know of another nation in the world where the United States agrees on every possible thing," spokesman John Kirby told reporters.

Addressing claims of a cease-fire agreement between Turkey and the PYD, he said it was a positive development, describing it as a “meeting of the minds” and a “good thing”.

Davis also noted the significance of the Turkey-led Operation Euphrates Shield. The spokesman said as a result of the offensive by Turkish partnered rebel groups in and around Jarabulus, “the span of the territory that ISIL control along the border with Turkey is now under 25 kilometers [15 miles].”

Daesh originally controlled 98 kilometers of territory along the Turkish border.

Ankara has warned that Turkish Armed Forces would address the threat posed by PKK affiliates in northern Syria as well but Washington wants Ankara to center its focus on Daesh.