US hit by 'freezing' winter storm 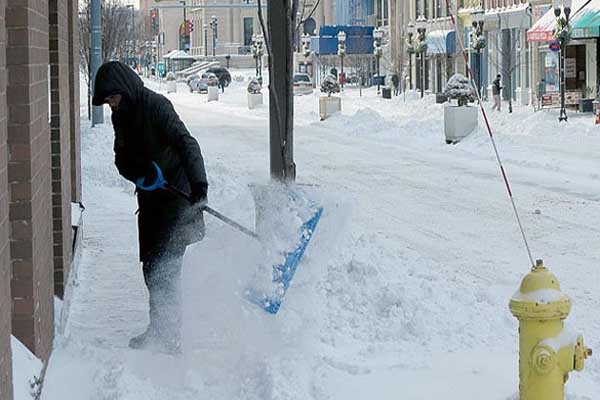 The northeastern US has been hit by a major winter storm with heavy snowfall and extreme cold killing 16 people since the beginning. Leading to 'the coldest winter of the last 20 years', the powerful storm forced thousands of flights to be cancelled; destroyed the road and railway transport; and damaged power lines. Officials warn people to avoid going out and stay indoors because of the frigid temperatures dropping as low as 30 degrees below zero Celsius. In New York and Boston, warming centres were set up for the homeless people while police reminded the people living on the streets to call the emergency line 911. Meanwhile, schools were cancelled in Minnesota on Monday statewide, the first such closing in 17 years. States facing the coldest winter of the last 20 years since Wednesday include Connecticut, Delaware, Illinois, Indiana, Kentucky, Maine, Maryland, Massachusetts, Michigan, Minnesota, New Hampshire, New Jersey, New York, North Carolina, Ohio, Pennsylvania, Rhode Island, Vermont, West Virginia and Wisconsin.