With this visit we gave a message to the world. As an ally I can state that the U.S. always supports Turkey. 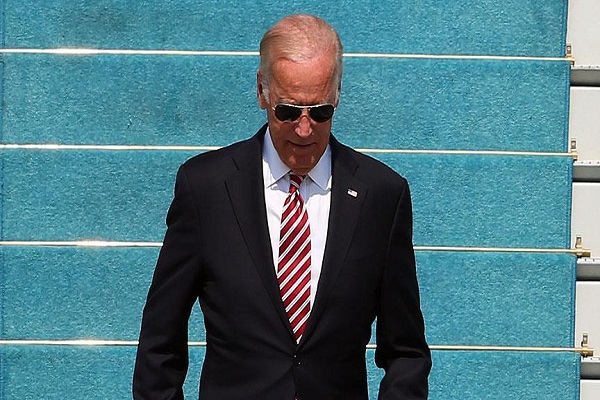 Vice President of the United States Biden held a joint press conference with Prime Minister Yıldırım during his one-day long visit to Turkey. The following are highlights of Vice President Biden’s statement:

“With this visit we gave a message to the world. As an ally I can state that the U.S. always supports Turkey.

Should the Turkish people or the government request any support from us we shall provide it. We will continue to support democracy.

The U.S. immediately condemned the July 15 coup attempt. One of the first leaders to convey its support to Turkey was Obama.

"WE COULD NOT DETERMINE WHETHER THE EVENTS WERE SERIOUS OR NOT"

We could not determine whether the events were serious or not.

We admire the courage of the Turkish people. They tried to protect their democracy. We would like to express once again our condolences to Mr. Prime Minister and the Turkish nation.

"TURKEY HAS NO GREATER FRIEND THAN THE UNITED STATES OF AMERICA"

Turkey has no greater friend than the United States of America. We are always working together for our joint values. Legal experts from the U.S. are currently working with their Turkish counterparts to fulfil all the requirements needed for the extradition of those responsible for the coup attempt. I understand the frustration of the Turkish people but the process will continue without a doubt. We are cooperating with Turkish authorities. Such a thing will not be tolerated by any country. Our legal experts are working right now with their Turkish counterparts in the production and evaluation of the material and evidence that needs to be supplied to the U.S. court, which is required by our law in the extradition treaty. Only this way we can extradite Gülen. We have “no interest whatsoever” in shielding anyone who has done harm to an ally but we need to meet the legal standard requirement under our law.

Coalition forces will continue to hit DAESH targets. We will work on finding a permanent solution to the problem. I would like to thank you for welcoming more than three million refugees.

The Kurdish forces (YPG) and the Syrian forces cannot and will not get United States’ support if they do not move back across the Euphrates.

We as the United States and Turkey will continue our talks with the leaders in Cyprus. We also discussed the subject of energy security in the region.

The following are highlights of Prime Minister Yıldırım’s statement:

In this visit we had the opportunity to exchange views on many subjects, notably the bloody coup attempt of July 15. The United States and Turkey have rooted relations. We must not let any issue disrupt these relations.

Turkish people's sorrow and disappointment on this issue will quickly turn positive if Gülen’s extradition process speeds up and our cooperation continues increasingly in this regard.

We emphasized our determination on the fight against terrorism. The situation in Syria is bleak. Turkey has welcomed more than three million people. But this is not a sustainable situation.

We have two delicate matters. The first one is the preservation of the territorial integrity of Syria. Turkey does not accept the existence of a new Kurdish formation on its southern borders. The other is the representation of all ethnic groups in Syria.

YPG/PYD FORCES "WILL NOT ADVANCE" WEST OF THE RIVER EUPHRATES

We have come to terms with the U.S. that PYD elements in northern Syria should never advance west of the Euphrates River. We have once again seen the determination of the U.S. on this issue and we have assured each other that YPG/PYD forces "will not advance" west of the River Euphrates. Our overall approach towards PYD and YPG is as follows: We know that they are working together with the PKK. Although it looks like they are helping to fight DAESH and a terrorist organization may be overcome with another terrorist organization but the US should know that at the end of the day the question of how to defeat that other terrorist organization remains.