WikiLeaks founder Julian Assange has pledged to hand himself over to U.K. police if a United Nations panel decides he has not been arbitrarily detained 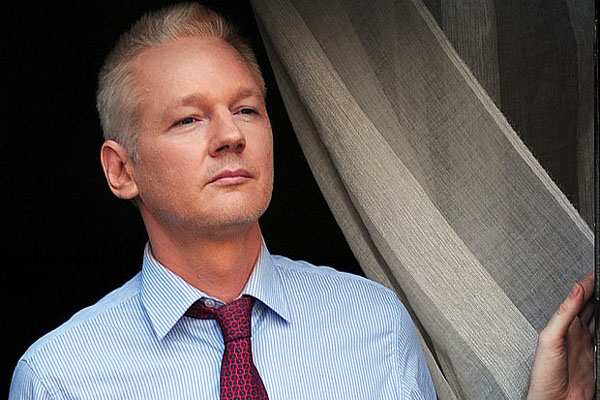 LONDON (AVRUPA TIMES) WikiLeaks founder Julian Assange has pledged to hand himself over to U.K. police if a United Nations panel decides he has not been arbitrarily detained.

Assange said he would leave the Ecuadorian embassy in London, where he took refuge more than three-and-a-half years ago, if legal experts at the UN’s Working Group on Arbitrary Detention decides his case was lawful.

He is wanted in Sweden on sexual offence charges, which he denies.

In a statement published through the WikiLeaks Twitter account on Thursday morning, Assange said: “Should the UN announce tomorrow that I have lost my case against the United Kingdom and Sweden I shall exit the embassy at noon on Friday to accept arrest by British police as there is no meaningful prospect of further appeal.

“However, should I prevail and the state parties be found to have acted unlawfully, I expect the immediate return of my passport and the termination of further attempts to arrest me.”

On Thursday the BBC reported that it understood the UN working group, which has no formal jurisdiction over either Britain or Sweden, would rule in Assange’s favor.

The report was not scheduled to be published until Friday.

Assange, 44, has been in diplomatic limbo since he was granted political asylum by Ecuador, after Sweden sought his extradition from Britain on sexual offence charges.

He took refuge in the Ecuadorian embassy, which U.K. police are unable to enter under diplomatic rules in June 2012. A 24-hour police guard outside the embassy building was withdrawn last October after spending three years waiting for him to emerge.