'It is important that people fleeing conflict are able to find safe haven wherever they go,' Stephane Dujarric says 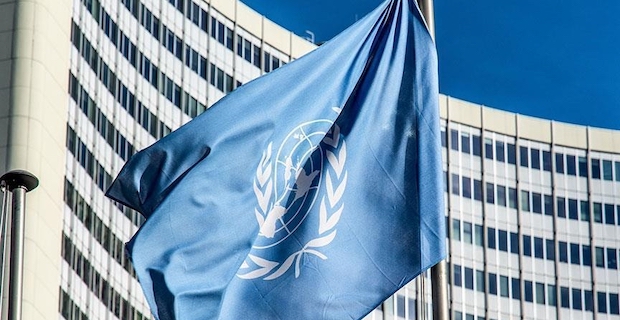 The UN on Friday urged Bangladesh to continue to allow Rohingya fleeing persecution in neighboring Myanmar entry into the country.

Bangladeshi Foreign Minister Shahidul Haque informed the Security Council on Thursday that the country could not cope with additional refugees, accusing Myanmar of "making empty promises" about the return to the country of those who fled to Bangladesh.

UN spokesman Stephane Dujarric told reporters at the international body's New York headquarters that it is vital Dhaka continue to allow refugees into the country.

"Bangladesh has been amazingly generous in the support they have given the Rohingya refugees," Dujarric said. "It is important that people fleeing conflict are able to find safe haven wherever they go."

According to Amnesty International, more than 750,000 Rohingya refugees, mostly women and children, have fled Myanmar and crossed into Bangladesh after Myanmar forces launched a crackdown on the minority Muslim community beginning in August 2017.

Since Aug. 25, 2017, nearly 24,000 Rohingya Muslims have been killed by Myanmar’s state forces, according to a report by the Canada-based Ontario International Development Agency (OIDA).

Some 18,000 Rohingya women and girls were raped by Myanmar’s army and police and over 115,000 Rohingya homes were burned down and 113,000 others vandalized, it added.

The UN has documented mass gang rapes, killings -- including of infants and young children -- brutal beatings and disappearances committed by Myanmar state forces.

In a report, UN investigators said such violations may have constituted crimes against humanity.

Keywords:
UNBangladeshRohingya
Your comment has been forwarded to the administrator for approval.×
Warning! Will constitute a criminal offense, illegal, threatening, offensive, insulting and swearing, derogatory, defamatory, vulgar, pornographic, indecent, personality rights, damaging or similar nature in the nature of all kinds of financial content, legal, criminal and administrative responsibility for the content of the sender member / members are belong.
Related News