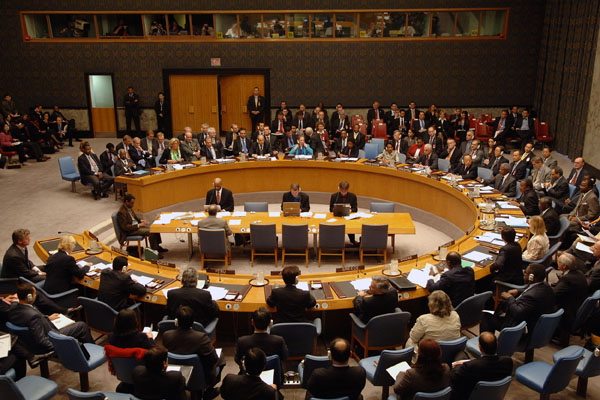 The U.N. Security Council urged all parties in Egypt on Thursday to end the violence and exercise maximum restraint after hundreds of people were killed when troops and police crushed protests seeking the return of deposed President Mohamed Morsi. "The view of council members is that it is important to end violence in Egypt and that the parties exercise maximum restraint," Argentine U.N. Ambassador Maria Cristina Perceval told reporters after the 15-member council met on the situation. The 15-member Security Council was briefed on the situation in Egypt behind closed doors by U.N. Deputy Secretary-General Jan Eliasson. The meeting was jointly requested by council members France, Britain and Australia. Cairo's military-backed rulers ordered the storming of pro-Mursi protest camps after dawn on Wednesday, six weeks after the army overthrew the country's first freely elected leader. Egypt's government says 525 people were killed.

"The members first of all expressed their sympathy to the victims and regretted the loss of lives," said Perceval, who is council president for August. "There was a common desire on the need to stop violence and to advance national reconciliation."

Turkish Prime Minister Tayyip Erdogan had earlier also called for the U.N. Security Council to convene quickly after what he described as a massacre in Egypt and rounded on Western nations for failing to stop the bloodshed.