It is 'completely unacceptable' to describe Gibraltar in this way, says Downing Street 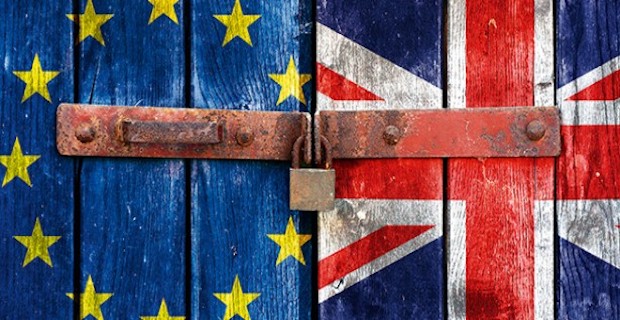 The U.K. said on Friday it is “completely unacceptable” to refer Gibraltar as a “colony,” hitting back at EU language describing the British oversees territory as a “colony of the British Crown.”

The British reaction came after a footnote to new EU legislation guaranteeing visa-free travel for Britons in post-Brexit Europe referred to the disputed Mediterranean territory as a colony, sparking an immediate diplomatic row between London and Brussels.

Sir Tim Barrow, the British ambassador in Brussels, expressed anger over the description during a meeting Friday morning with his EU counterparts.

“Gibraltar is a full part of the U.K. family and has a mature and modern constitutional relationship with the U.K. This will not change due to our exit from the EU,” he added.

He said the U.K. would not negotiate the status of the territory even if the withdrawal agreement is reopened in the coming days.

Gibraltar – a British overseas territory at the tip of the Iberian peninsula home to some 30,000 people – was ceded to Britain by Spain under the 1713 Treaty of Utrecht, but Spanish claims over the region continued.

In referenda in 1967 and 2002, the Rock’s public widely rejected proposals for it to be governed by Madrid.

Spain imposed a blockade on the region from 1968 until 1985 – a year before it joined the EU – cutting off access to the land border and communication for Gibraltarians.

The territory has been one of the hard-fought issues in Brexit negotiations since Spain demanded to have the last say on regulations over it.

“We have taken a decisive step towards resolving a conflict that has lasted more than 300 years between the U.K. and Spain,” said Spanish Prime Minister Pedro Sanchez last November, calling Gibraltar a territory that has yet to be “decolonized.”

The vast majority of Gibraltar residents consider themselves British. In a 2002 referendum on whether Spain and the U.K. should share sovereignty over the territory, 98.5 percent voted to remain under exclusive British rule.

In the 2016 Brexit referendum, 95.9 percent of voters in Gibraltar voted to remain in the EU.

Barring a delay over the lack of a deal acceptable to both sides, the U.K. is set to leave the bloc on March 31.

Keywords:
EUUKGibraltar Description
Your comment has been forwarded to the administrator for approval.×
Warning! Will constitute a criminal offense, illegal, threatening, offensive, insulting and swearing, derogatory, defamatory, vulgar, pornographic, indecent, personality rights, damaging or similar nature in the nature of all kinds of financial content, legal, criminal and administrative responsibility for the content of the sender member / members are belong.
Related News