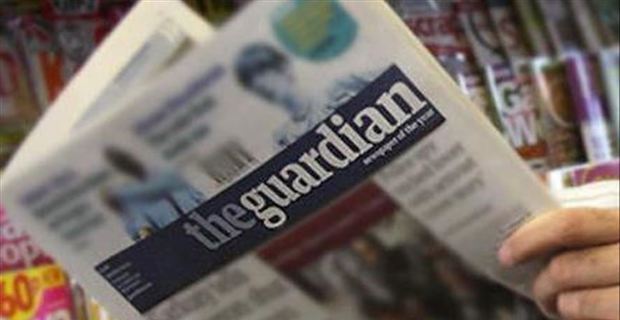 The horrific terror attack on two mosques in New Zealand was "inspired by Islamophobic media reports" and "unchecked social media bigotry", more than 350 Muslim leaders from countries including the U.K., U.S. and South Africa said in a letter.

The letter published by The Guardian said Islamophobia has been fueled by many individuals and it is "systemic".

"This bigotry has been fueled by certain callous academics, reckless politicians as well as media outlets who regularly feature those who demonize Islam and Muslims with impunity, disguising their vile mantra behind a veneer of objectivity," the letter said.

It said: "The massacre of Muslims did not just begin with bullets fired from the barrel of Tarrant’s gun. Rather it was decades in the making: inspired by Islamophobic media reports, hundreds and thousands of column inches of hatred printed in the press, many Muslim-hating politicians and unchecked social media bigotry."

The letter was referring to the suspect identified as an Australian-born Brenton Harrison Tarrant, 28, who fired on Muslim worshippers at Al Noor mosque where at least 50 victims were killed in Friday's twin terror attacks in Christchurch, New Zealand.

"Muslims have been constantly cast as suspect communities, foreigners with barbaric views who are a threat to our society."

"We are now reaping the awful outcome of systemic and institutionalised Islamophobia woven into many sections of our societies," it added.

Sayeeda Warsi, a senior Conservative peer called on ministers to pay attention to demands from Muslim leaders for an increase in funding for mosque security after the New Zealand terrorist attack.

She said Islamophobia was the Conservative party’s "bigotry blind spot".

British Security Minister Ben Wallace said the government is seeking ways to increase security funding for British mosques and Muslim communities across the country to prevent such an attack which "absolutely could happen" in the U.K.

"In response to increased threat, we will increase and seek to change the funding around that [mosques] and that is why we do have the Places of Worship Scheme," Wallace said.

"We will absolutely be looking at seeing whether that needs to be increased over the short and longer term," he added.

The minister’s announcement was made following the stabbing of a young victim on Saturday by a 50-year-old suspect, who shouted “kill all Muslims”.

The incident is being treated by the police as an act of terrorism inspired by the far-right.

Wallace also said the government was increasingly concerned over the growth of far-right extremism in the U.K. and the rising number of people who are identifying with such an extreme ideology and mindset.

Harun Khan, head of the Muslim Council of Britain, said a "palpable sense of fear" had surfaced among British Muslims following the New Zealand terror attack in a letter sent to Prime Minister Theresa May.

“This makes the risk of copy-cat attacks here in the UK a real possibility, especially in a climate where we are now fully appreciating the growth in the far-right,” he added.

“There is form here when, in 2017, we saw a terrorist attack against Muslim worshippers during the holy month of Ramadan at Finsbury Park.”

Darren Osborne, 48, killed Makram Ali, 51, and injured 11 others in June 2017 when he plowed a van into a group of Muslim worshippers after they left Ramadan prayers at the Muslim Welfare House in Finsbury Park.

The terrorist had said he was influenced by far right propaganda to carry on such an attack.

Keywords:
IslamophobiaMuslim Leaders
Your comment has been forwarded to the administrator for approval.×
Warning! Will constitute a criminal offense, illegal, threatening, offensive, insulting and swearing, derogatory, defamatory, vulgar, pornographic, indecent, personality rights, damaging or similar nature in the nature of all kinds of financial content, legal, criminal and administrative responsibility for the content of the sender member / members are belong.
Related News