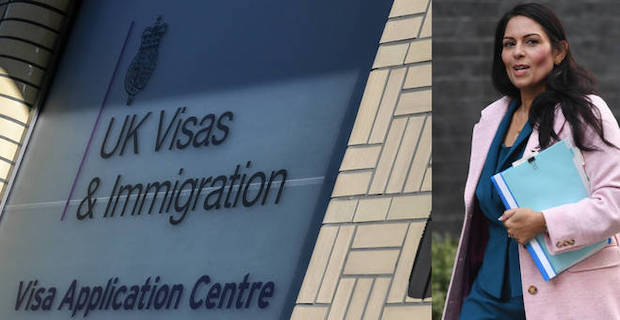 Britain launched a new point-based immigration system on Wednesday, closing its doors to low-skilled migration. The new system, which takes effect from Jan. 1, 2021, “will end free movement, reassert control of our borders and restore public trust,” a statement by the Home Office said. The new system will “assign points for specific skills, qualifications, salaries or professions and visas will only be awarded to those who gain enough points.”

“The government has listened to the clear message from the 2016 referendum and the 2019 General Election and will end the reliance on cheap, low-skilled labour coming into the country,” the statement added.

“We’re ending free movement, taking back control of our borders and delivering on the people’s priorities by introducing a new UK points-based immigration system, which will bring overall migration numbers down,” she said.

Patel said the new system will “attract the brightest and the best from around the globe, boosting the economy and our communities, and unleash this country’s full potential.”

Under the new system, those who apply for a permanent visa will have to demonstrate their professional skills and good command of English language.

The issue of immigration has been a hot topic for the U.K. as it was one of the main arguments for the Leave campaign. The new system was in the Conservative Party manifesto during their election campaign for the December election.

Keywords:
Immigration System
Your comment has been forwarded to the administrator for approval.×
Warning! Will constitute a criminal offense, illegal, threatening, offensive, insulting and swearing, derogatory, defamatory, vulgar, pornographic, indecent, personality rights, damaging or similar nature in the nature of all kinds of financial content, legal, criminal and administrative responsibility for the content of the sender member / members are belong.
Related News