Red, amber and green travel lists have differing quarantine rules for those returning to UK 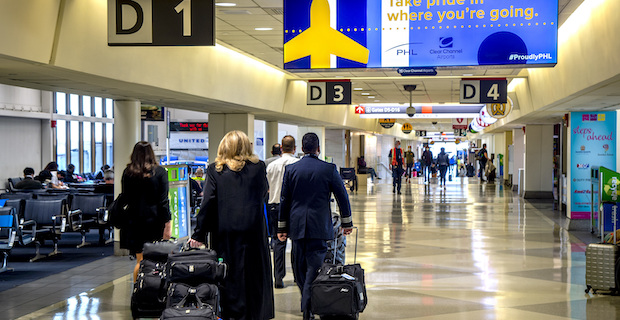 From 4 a.m. Wednesday, June 30, Malta, Madeira, the Balearic Islands, several UK overseas territories and Caribbean islands (including Barbados) will be added to the government’s green list.

The full list of countries to be added to the red list includes Eritrea, Haiti, Dominican Republic, Mongolia, Tunisia and Uganda.

The government also announced today an upcoming change to the rules for amber list countries so that double-vaccinated Brits will not have to quarantine on return when traveling from these countries. They also intend to remove current guidance that people should not travel to amber list countries.

“We’re moving forward with efforts to safely reopen international travel this summer, and thanks to the success of our vaccination program, we’re now able to consider removing the quarantine period for fully vaccinated UK arrivals from amber countries – showing a real sign of progress,” Shapps said.

“It’s right that we continue with this cautious approach, to protect public health and the vaccine rollout as our top priority, while ensuring that our route out of the international travel restrictions is sustainable.”

British Airways CEO Sean Doyle said: “While we welcome the additions to the green list, it’s essential we get travel back up and running as soon as possible. We cannot afford another missed summer. There are jobs at stake, Britons separated from family members and we cannot afford to allow the success of our vaccine program to be wasted.

“The plans to allow vaccinated travelers to move freely this summer are critical, and we would urge the government to work urgently with the aviation industry to get this in place.”

Meanwhile, EasyJet CEO Johan Lundgren said: “While we welcome the addition of Malta, Madeira and the Balearics to the green list, this is still not the safe and sustainable reopening of travel the government promised. This limited reopening is not justified by the data. The science shows that travel to many European countries would have very little impact on hospitalizations, and this is even more the case now, given that COVID cases in Europe have declined, with many countries having lower infection rates than the UK. We will be adding additional flights to these destinations to take as many people away as we can.”

“With two thirds of UK adults expected to be double jabbed by 19 July, now is the time to let British citizens take advantage of the success of the vaccination program. The timetable set out by the government simply isn’t ambitious enough. What we are waiting for? The apps are in place and airlines are ready to go, so we urge the government to move more quickly and remove both quarantine and testing for fully vaccinated people,” he said.

“Europe already has a plan to enable restriction-free travel for the double jabbed and easyJet is ready and able to ramp up. We look forward to playing our part in reuniting people with their loved ones for the first time in many months.”

British government data on Thursday showed that over 43.6 million Brits, or 82.9%, have received their first dose of a vaccine and over 31.9 million, or 60.6%, their second dose.

Keywords:
UKForeign Travel ListsCoronavirusCovid 19Uk Travel List
Your comment has been forwarded to the administrator for approval.×
Warning! Will constitute a criminal offense, illegal, threatening, offensive, insulting and swearing, derogatory, defamatory, vulgar, pornographic, indecent, personality rights, damaging or similar nature in the nature of all kinds of financial content, legal, criminal and administrative responsibility for the content of the sender member / members are belong.
Related News