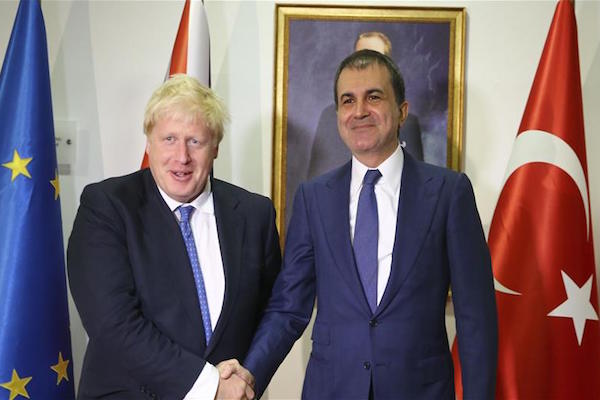 Speaking to journalists prior to their meeting, Johnson said he appreciated the generosity of the government and the Turkish people towards the refugees.

He said the people of Turkey had not allowed their democracy to be destroyed by the coup attempters.

Johnson also said that his country would continue supporting Turkey's EU bid, adding that Britain was leaving the EU, not Europe.

EU Minister Celik also underlined that the U.K.’s move to leave the EU was not synonymous with a departure from Europe.

“The U.K. has been a European power and will continue on this path. Turkey, even if it is not an EU member, is a European power historically and a European democracy. Following the July 15 coup attempt, Turkey proved with its nation that it has a first-class democracy.”