A £5,000 fine for anyone in England trying to travel abroad without good reason is due to come into force next week as part of new coronavirus laws. 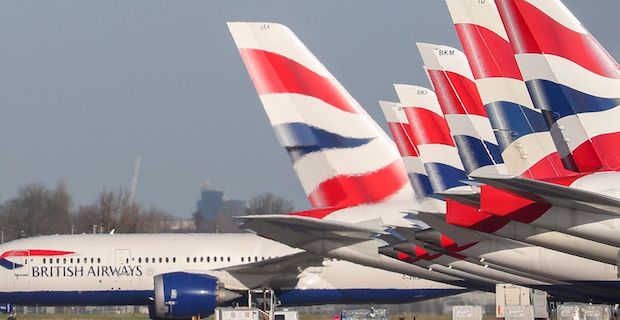 The penalty is included in legislation that will be voted on by MPs on Thursday.  Foreign holidays are currently not allowed under the "stay at home" rule which ends on Monday. But then the ban on leaving the UK at this time will become a specific law backed up by the threat of the fine. Under the current plan for easing restrictions, the earliest date people in England could go abroad for a holiday would be 17 May. However, another surge in Covid cases in continental Europe, as well as the slow rollout of vaccines across Europe, has cast doubt on the resumption of foreign travel. Health Secretary Matt Hancock said restrictions on travelling abroad were necessary to guard against the importation of large numbers of cases and new variants which might put the vaccine rollout at risk.  Shadow Cabinet Office minister Rachel Reeves told BBC Breakfast that Labour supported measures to keep the UK's borders secure and avoid the importation of new variants but said the government's "slowness to react" had contributed to the country's high death rate.

Prime Minister Boris Johnson warned on Monday the UK should be "under no illusion" that it will feel the effects of a rising number of cases on the continent. One of his ministers, Lord Bethell, said England might put "all our European neighbours" on the "red list" of countries.  However, Mr Hancock told BBC Radio 4's Today programme there were no plans to do this.

People from those countries are currently not allowed to travel to the UK, with the exception of British nationals and people who are normally resident in the UK - but those two groups must pay to quarantine in a hotel if they do choose to come at the moment.

The "red list" was introduced as part of travel regulations aimed at stopping Covid variants entering the country and is regularly reviewed, meaning countries are added or removed depending on their Covid situation.

The government's global travel taskforce is considering a tiered or traffic light system for international travel when the ban on leaving the country is lifted.

The discussion is focusing on what restrictions would apply to travellers returning from destinations in the lowest level.

The intention is to publish the framework on 12 April, with decisions about which countries are in which tier to be taken later.

Testing for children who travel is being considered because coronavirus vaccines are not currently approved for under-18s.

Keywords:
TourismTravelCoronavirus PandemicCoronavirus Lockdown MeasuresCoronavirusCOVID
Your comment has been forwarded to the administrator for approval.×
Warning! Will constitute a criminal offense, illegal, threatening, offensive, insulting and swearing, derogatory, defamatory, vulgar, pornographic, indecent, personality rights, damaging or similar nature in the nature of all kinds of financial content, legal, criminal and administrative responsibility for the content of the sender member / members are belong.
Related News