Cases in past 24 hours jump by 208, according to Department of Health 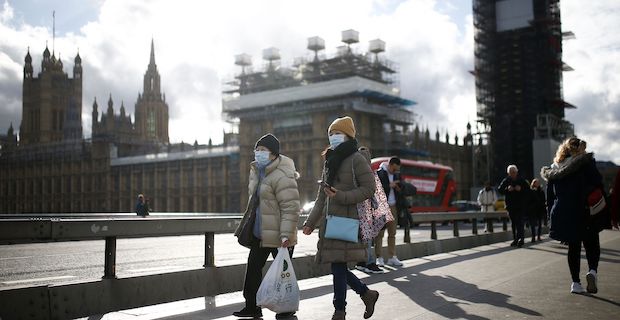 The number of coronavirus cases in the U.K. has reached almost 800, a statement from the Department of Health said Friday. The number of confirmed cases jumped by 208 in 24 hours and to stand at 798 as of 9 am (0900 GMT), the department said. "A total of 32,771 people have been tested," the department said in a statement, adding that 31,793 people tested negative. Ten people have so far lost their lives from the contagion, which the World Health Organization declared a "global pandemic".

The latest figures came a day after Prime Minister Boris Johnson urged British people to self-isolate themselves if they see the symptoms of coronavirus.

The official advice urges the public members to stay at home for 7 days if they have a high temperature and a new, continuous cough.

Johnson said Thursday schools will not close across the U.K. yet.

After emerging in Wuhan, China last December, the virus, officially known as COVID-19, has spread to at least 118 countries and territories.

Keywords:
CoronavirusUK Coronavirus
Your comment has been forwarded to the administrator for approval.×
Warning! Will constitute a criminal offense, illegal, threatening, offensive, insulting and swearing, derogatory, defamatory, vulgar, pornographic, indecent, personality rights, damaging or similar nature in the nature of all kinds of financial content, legal, criminal and administrative responsibility for the content of the sender member / members are belong.
Related News